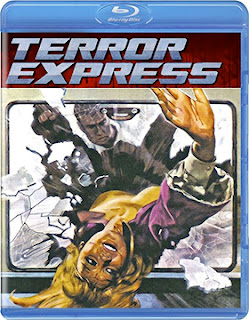 Dark Force Entertainment, with sales and distribution support provided by MVD Entertainment Group, has a newly remastered edition of director Ferdinando Baldi’s 1980 death-on-rails thriller, Terror Express, ready for a Blu-ray release on May 25.

This train trip turns out to be an E-ticket ride of violence and sexual assaults as the unsuspecting passengers (in standard horror parlance, they are the “victim pool”) gather for their leisurely train trip aboard the fancy sleeping car express (a stand-in for the remote cabin; the haunted house … the spooky mansion, you know the drill), only to find that a trio of thugs, who just want to have a little fun, end up taking over and launch their own special brand of terror.

David (Werner Pochath — Laser Mission, Magnum Cop, The Shark Hunter) and his two buddies, Elio/Ernie (Carlo de Mejo — The Outside Man, Contamination) and Phil (Fausto Lombardi — Don't Look in the Attic, Rats: Night of Terror), start off being obnoxious, no, make that really obnoxious.  When they get little push-back, they escalate their shenanigans and finally set their sights on the resident hooker, Giulia/Juliet (Silvia Dionisio — Blood for Dracula, Wave of Lust), but when she says no and her pimp, the conductor, puts up a stink, they just take over! 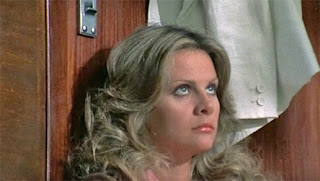 Let the terror begin … sex, violence, more sex, more violence, and in some cases, the “victims” are just as despicable as David and his buddies.   Also on the train is a prisoner, Pierre/Peter (Gianluigi Chirizzi — The Nun and the Devil), who is handcuffed and being escorted by an armed cop (a handy weapon for David and friends) … he, of course, will become a wild card on this train-ride to hell.

Bonus features include the featurette titled “Tails from the Rails.” 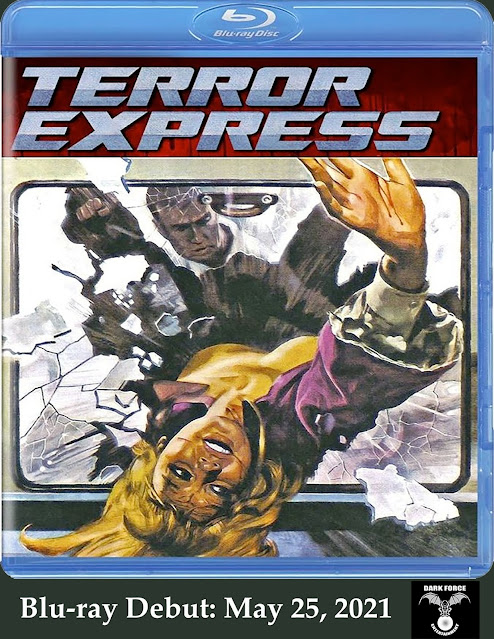 Email ThisBlogThis!Share to TwitterShare to FacebookShare to Pinterest
Labels: Dark Force Entertainment Targets May 25 As The Street For A Blu-ray Edition Of Director Ferdinando Baldi's Terror Express