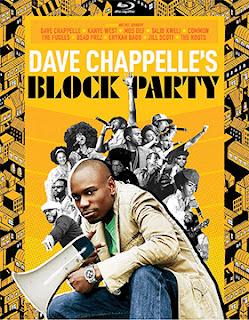 Three-time Emmy-winner Dave Chappelle teamed up with Oscar-winner Michel Gondry (Best Original Screenplay for Eternal Sunshine of the Spotless Mind) to document his 2005 comedy and music-themed road trip from Dayton, Ohio to Brooklyn, New York during the summer of 2005.

Some might call it a stunt, which is OK, since publicity stunts are part of the game.   Others might call it a one-stop “tour” … a concert, a performance; performance art.   Whatever the description that best fits the narrative really doesn’t matter, Dave Chappelle’s Block Part is just pure entertainment … and a very good time was had by all. 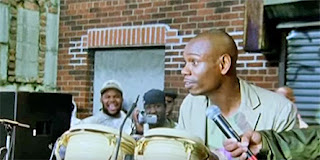 What we have is a blend of Chappelle doing stand-up comedy, coupled with him rounding up talent and fans for the impromptu gathering and then putting on a lively concert (soundtrack), or block party, that includes the likes of Kanye West (“Two Words,” “Get ‘em High”), Cody ChesnuTT (“King of the Game”), Talib Kweli teaming up with Common for “Move Something” and even Dave Chappelle joined in with renditions of “Misty” and “Round Midnight.”

This Blu-ray debut from Mill Creek Entertainment on Apr. 20 features extended music acts and two featurettes — “Ohio Players: The Bus Ride” and “September in Brooklyn: The Making of Block Party.” 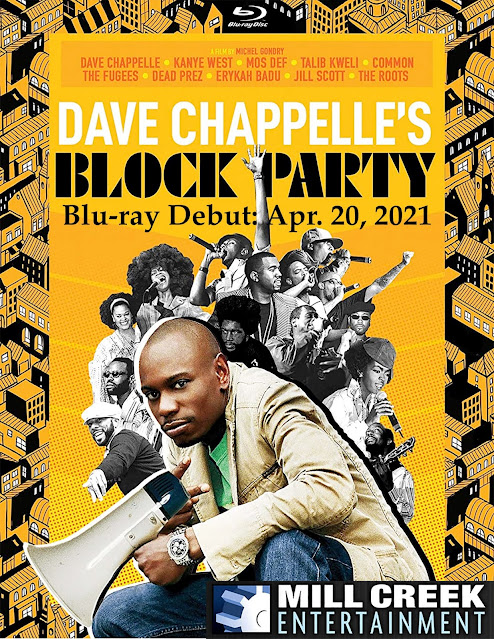