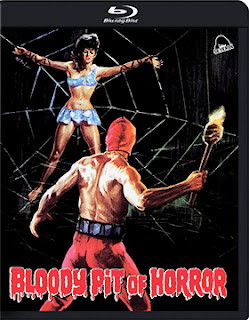 Severin Films, with sales and distribution expertise provided by MVD Entertainment Group, has a guilty-pleasure delight lined up for genre fans to enjoy on Feb. 22.

This would be director Massimo Pupillo's 1965 (1967 domestic) horror tale, Bloody Pit of Horror.

A new 2K scan of the original uncut negative (according to Severin, “recently discovered in a Rome lab vault) … English dubbed.

This will be a two-SKU release with stand-along DVD and Blu-ray (debut) editions being made available by Severin Films.

Mickey Hargitay was married to Jayne Mansfield and somehow the pair ended up in Italy in the late 60s so that Mansfield could do some film work and while there, Hargitay got some film work of his own.   The result was an over-the-top performance as an insane serial killer by the name of Travis Anderson, a former actor, who has now become a recluse living in a castle in Italy.

One day, while going about the daily chores of being a recluse, pretty much minding his own business, an entourage of beautiful models and their photographer, along with a cheesy writer by the name of Rick (Walter Brandi — The Vampire and the Ballerina, The Monster of the Opera), his “assistant,” Edith (Luisa Baratto — Payment in Blood, Superargo and the Faceless Giants) and his cheesy-novel publisher, Parks (Alfred Rizzo — Satyricon, Terror-Creatures from the Grave), break into his castle … thinking that it has been abandoned. 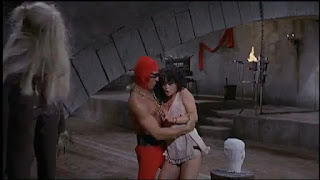 Their plan is to do a photo shoot for covers to Rick’s forthcoming round of cheesy novels, but this is interrupted by the owner, who is about to toss them out when he recognizes Edith as a former lover.   He relents and allows them to do their photo-shoot as long as they stay out of the dungeon (aka: torture chamber).

If you are a genre fan, you immediately recognize the models, Nancy (Rita Klein — Killer Without a Face), Kinojo (Moa Tahi — The Wild, Wild Planet), Suzy (Barbara Nelli — The Killer Lacks a Name) and Annie (Femi Benussi — Strip Nude for Your Killer) and most, if not all, of Rick’s little group of helpers, as the victim pool.   But who is the killer?   After all, Travis seems very hospitable, a recluse maybe, but a killer? 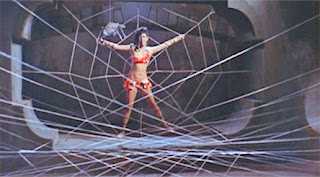 When you tell your guests to stay of out of the dungeon (aka: torture chamber) and they go down there anyway, and the models slip into provocative “little” outfits for the photo-shoot, it is only a matter of time before our reclusive retired actor takes on the persona of the mythical Crimson Executioner.   Whack, splat and more soon follows as he works his way through the beauties.

Who survives?   Feb. 22 on DVD or Blu-ray if you don’t already know the answer.

Bonus goodies include commentary by film historian David Del Valle, who is joined by prolific filmmaker David DeCoteau and an alternate opening sequence. 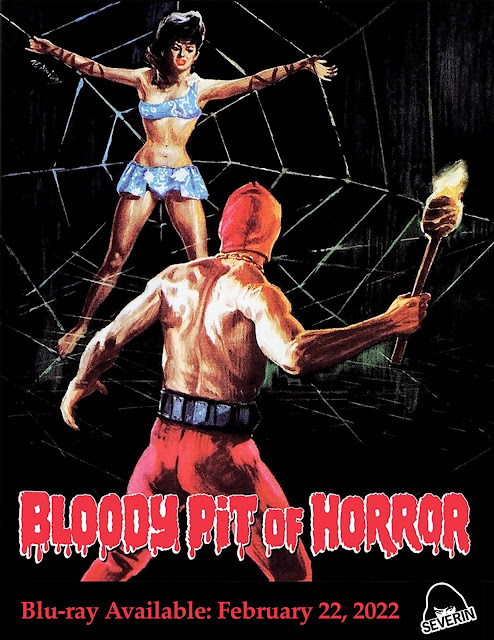 Email ThisBlogThis!Share to TwitterShare to FacebookShare to Pinterest
Labels: Severin Films Tabs Feb. 22 For The Blu-ray Release Of A New 2K Scan Of Director Massimo Pupillo's Bloody Pit Of Horror