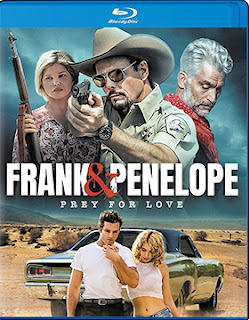 Texas-based indie distributor, Redbud Studios, founded by Allen Gilmer and Scott Dolezal (who also produced), launched Frank & Penelope at the Riviera International Film Festival in May of this year, which was followed on June 3 by a limited theatrical break … that yields an ARR of 74 days.

Frank (played by Billy Budinich in his film debut) is having a bad day.  He walks in on his wife with another man and that’s the end of that relationship.  You kind of suspect that it was coming, after all, when you think about it, who drives a Prius in Texas.

So, what does a doormat do?   Slink off and cry himself a river, woe is me … woe is me.   Not our boy Frank, nope, he wanders into one of the sketchiest strip clubs on the planet and immediately falls in love with the pole dancer on the wobbly pole.   Her name is Penelope (Caylee Cowan — Sunrise in Heaven, Willy’s Wonderland, Geo) and she works for a conman (played by Flanery), who immediately recognizes Frank as an easy mark. 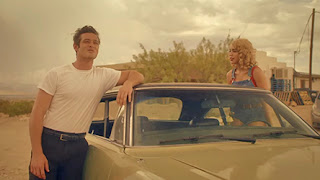 It has been a bad day.   Cheated on, robbed … and then the unthinkable, he trades the Prius in for a classic Dodge Coronet Super Bee muscle car and hits the road … but here is the big surprise, the bimbo who just sucker him, Penelope, has decided she’s had enough with the hustle and joins Frank for this ride to nowhere.

Where is this going?   It is an odd beginning, that doesn’t make a lot of sense.  Maybe Penelope just wants a ticket out of town and Frank, at some point, will be kicked to curb.   It is what you have, two strangers rolling along endless stretches of West Texas highways. 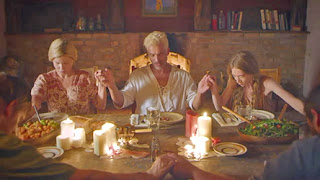 It is at this point that Flanery’s film kicks into high gear (he wrote and directed).   Our mismatched couple end up in the dusty ruins of Quicksilver (an actual abandoned mercury mining town … Terlingua, Texas), where they inquire about renting a room at the local motel.

Everything about this place screams GET BACK ON THE ROAD, NOW!!   The residents, some of which seem to be afflicted (mercury poisoning), including the cherub-looking Mabel (Donna D'Errico, former Playboy Playmate of the Month … Escape from Area 51, Survive the Game, and as Donna in the Baywatch television series) sort of shuffle around, wander the streets.   But it is when they meet Chisos (Johnathon Schaech — Prom Night, That Thing You Do!, Quarantine), who runs the town, but comes off as more of a cult leader than a small town mayor … by the way, if you picked cult leader as your first impression, you nailed it! 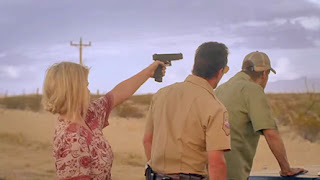 The motel room is wired, Chisos gets an eye-full, and then softly tells our young lovers about the history of the town … and, well, it goes downhill from there.  A cannibal cult, a charismatic leader … and there is fresh meat in town!

Frank & Penelope starts off as one thing — a road movie — and ends up as a survival thriller, with a wicked twist at the end.   You are going to want to mark Aug. 16 on your viewing calendar … on Blu-ray and/or DVD from Mill Creek Entertainment. 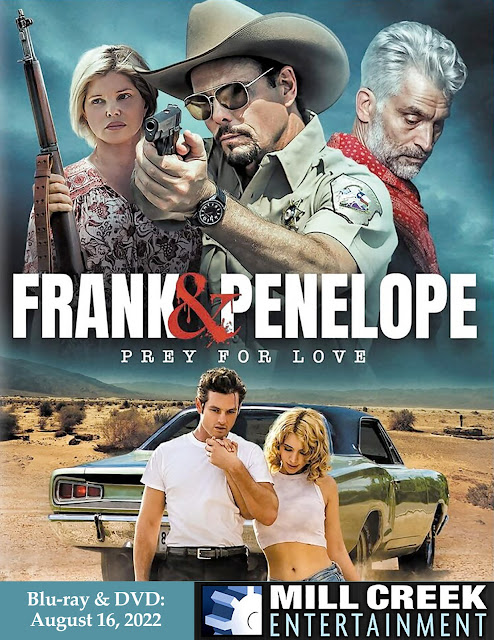