Although a routine World War II action flick, Attack Force Z is noted for its cast of relative newcomers (at the time), which include Mel Gibson, Sam Neill and John Phillip Law.

The version here is “complete,” in that the source material is from the original 35mm camera negative being stored at The National Film and Sound Archive of Australia.

Bonus features include the featurette titled “The Z Men Debriefed.” 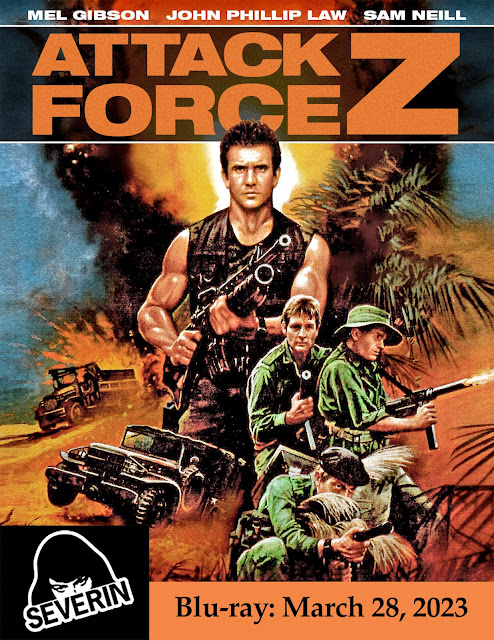