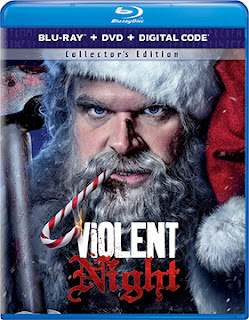 The ARR is a lightning-quick 53 days, with box office receipts currently standing at $49.4 million.

Planned for release are a stand-alone DVD edition, as well as a Blu-ray/DVD Combo Pack SKU. 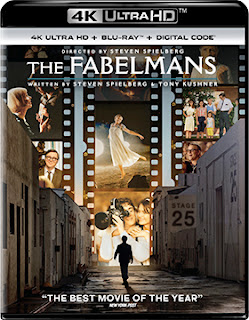 In other release news from Universal this past week, writer/director Steven Spielberg’s The Fabelmans will be making its way home on Feb. 14 as a full-spread selection of home entertainment package media product offerings.

The ARR works out to 95 days and box office receipts — especially for a Spielberg film — are running a little light at $13.4 million (against a reported $40 million production budget).

Planned for distribution are Combo Pack editions for the 4K Ultra HD (with Blu-ray) and Blu-ray (with DVD) formats, plus a stand-alone DVD purchasing option.

Bonus features exclusive to the Combo Pack editions are two featurettes — “Family Dynamics” and “Crafting the World of the Fabelmans” — with the additional featurette titled “The Fabelmans: A Personal Journey” common to all SKUs.