Bayview Entertainment Sets The Blu-ray Debut Of The World We Knew For Feb. 28 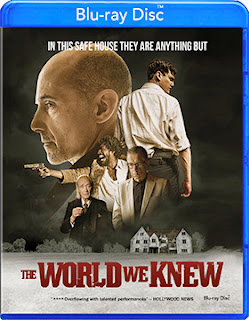 Bayview Entertainment has one of the most ingenious mixed-genre thrillers lined up for the Blu-ray marketplace during the first quarter of 2023.

Arriving on Feb. 28 is none other than the directing team of Matthew Benjamin Jones and Luke Skinner’s 2020 FrightFest-winner, The World We Knew.

A gangster film; crime, violence, greed … it’s all there.   A horror film, complete with a haunted house and victim pool — a very violent victim pool, but classic in every sense of the word.

It was supposed to be an easy score, but things went south, a cop is dead, and Carpenter (Finbar Lynch — York Witches Society, Black '47) and his five cohorts — one of them not likely to survive his wounds from the police shootout (Simon Rhodes) — make it to a “safe house.”   It’s a creepy place that has seen better days, but at least they can lay-low until the “brains” of the outfit can come to their rescue.

It doesn’t take long for them to begin bickering.  Is there a rat?  Tick tock … tick tock.  And, it doesn’t help that tough-guy Gordon (played by Johann Myers — The Phantom of the Open, Undergods) becomes more and more unstable as the drugs and alcohol kick in!   He’s packing and he’s ready to rumble.

The kid of the group, Eddie (Alex Wells), also begins to unravel as the cop he gunned down begins to haunt him — ghosts in a rundown, creepy place, nah, couldn’t happen.   Or maybe, just maybe, this “safe house” really is haunted … and visions, drugs, alcohol, violence, distrust and fear are the things that these haunted house “spirits” feed on!! 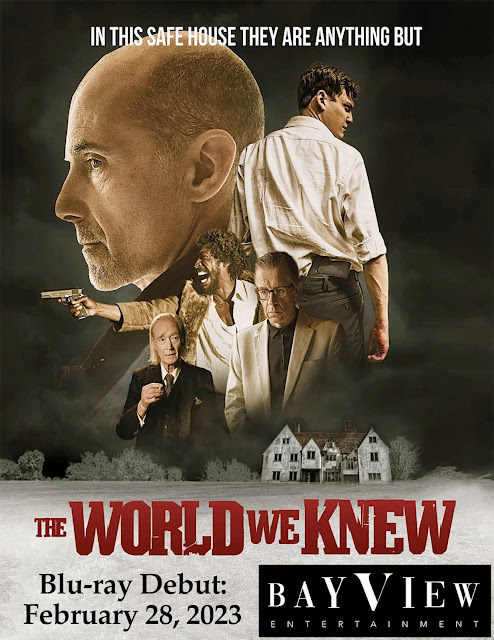 Email ThisBlogThis!Share to TwitterShare to FacebookShare to Pinterest
Labels: Bayview Entertainment Sets The Blu-ray Debut Of The World We Knew For Feb. 28