Documentary Filmmaker Danny Garcia's Nightclubbing: The Birth of Punk in NYC On DVD From MVD Entertainment Group On Mar. 10 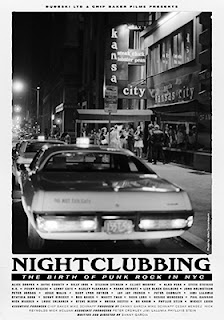 MVD Entertainment Group announced this past week that documentary filmmaker Danny Garcia’s award-winning look at the birth of the Punk scene in New York City during the 1970s, Nightclubbing: The Birth of Punk in NYC, will be making its DVD debut on Mar. 10.

Max's Kansas City night spot was the center of alternative “culture” from 1970 to 1974, with the likes of Andy Warhol, Lou Reed, Allen Ginsberg and The Velvet Underground calling it home. Then came “glam” rock wave and David Bowie, Iggy Pop and the New York Dolls … and then Max's Kansas City was gone.

In stepped Tommy Dean Mills, who re-opened the club with “disco” in mind, but that didn’t work out, especially with Peter Crowley handling the booking.   Punk.  Maybe it didn’t have a name at the onset, but when you have Cherry Vanilla, Ruby and the Rednecks, the Ramones … Alice Cooper and even The Boss/Bruce Springsteen playing the venue it was certainly a happening place.  It shuddered again in 1981.

What filmmaker Danny Garcia (Sid: The Final Curtain, Rolling Stone: Life and Death of Brian Jones, Sad Vacation, Looking for Johnny, The Rise and Fall of Clash) has assembled is a time capsule view of vintage performances, coupled with a solid narrative about this unique period in time and then Garcia has connected it all with “those-who-there” interviews.   A piece of history — music and cultural history — told to perfection! 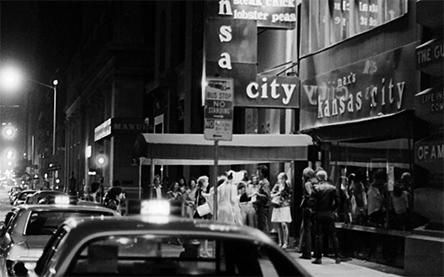 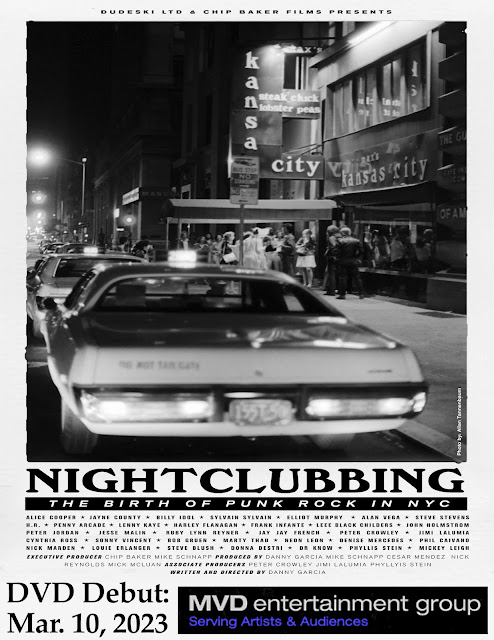 Email ThisBlogThis!Share to TwitterShare to FacebookShare to Pinterest
Labels: Documentary Filmmaker Danny Garcia's Nightclubbing: The Birth of Punk in NYC On DVD From MVD Entertainment Group On Mar. 10