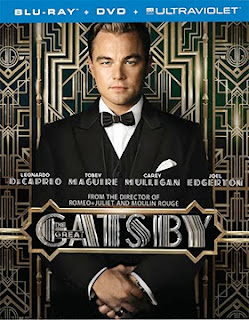 When the trailers first hit theatres there was this buzz that filmmaker Baz Luhrmann’s remake of The Great Gatsby was going to have a tough time finding an audience.  The pundits predicted a disaster in the making.

HA!  Don’t believe self-styled pundits until after audiences have had a chance to sample the film itself.   Trailers can be good, bad and very bad (how about all of those comedies with the sum total of the funny parts flashed on the screen in 90 seconds — no need to see the movie itself), so trying to figure out if the final product will be a hit or a miss is akin to shooting darts in the dark.

After the film opened audiences had their say and they voted thumbs up to the tune of $142.4 million in domestic ticket sales!    Strong word of mouth drives those type of numbers.

That level of box office success will make Warner Home Video’s Aug. 27 home entertainment launch a DVD and Blu-ray retail monster — standing right there at the front of the line for the sure-to-follow Christmas-selling-season blockbusters (the Labor Day to Christmas period)! 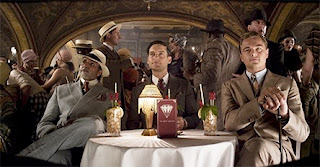 Warner Home Video has a three-SKU product offering planned.  A double-disc DVD release (the film clocks in at 142 minutes — so the bonus goodies have been shuffled over to a companion disc) and two Blu-ray/DVD Combo Packs (one with and one without a Blu-ray presentation of the film — both with UltraViolet) are poised for heavy-duty consumer action over the Labor Day weekend and well into the fall.

Bonus goodies include deleted scenes and seven featurettes: “The Greatest of Gatsby,” “Within and Without With Tobey Maguire,” “The Singing Sounds of Gatsby,” “The Jazz Age,” “Razzle Dazzle: The Fashion of the '20s,” “Fitzgerald’s Visual Poetry” and “Gatsby Revealed.”