The Whip And The Body On Blu-ray Frm Kino-Lorber On Dec. 17 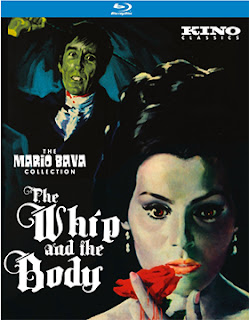 Mario Bava’s gothic horror tale or sadomasochist “love” (lust) fest is what you take away from his 1963 film release of The Whip and the Body.   How can that be?   If you have seen the English dubbed theatrical version (about 88 minutes) you get a stylish, if somewhat confusing gothic horror flick (popular around that time).

On Dec. 17 Kino-Lorber will be releasing The Whip and the Body: Remastered Edition on Blu-ray and you can choose either one … or both.   Enjoy.

Email ThisBlogThis!Share to TwitterShare to FacebookShare to Pinterest
Labels: DVD and Blu-ray Release Report, The Whip And The Body On Blu-ray Frm Kino-Lorber On Dec. 17