Never Sleep Again: The Elm Street Legacy On DVD And Blu-ray From Image Entertainment On Jan. 21 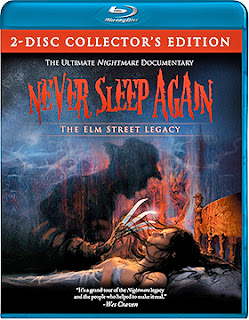 The documentary filmmaking duo of Andrew Kasch and Daniel Farrands will see their award-winning four-hour, multi-part homage to the iconic horror film franchise, A Nightmare on Elm Street, released on DVD and Blu-ray (both double-disc SKUs) courtesy of Image Entertainment on Jan. 21.

Titled Never Sleep Again: The Elm Street Legacy, series alumni Heather Langenkamp serves as our guide through the inner workings of the Freddy Krueger (Robert Englund) slasher series (nine films in all) launched by director Wes Craven back in 1984.

Any genre fan worth their salt, especially those who own the series on either DVD or Blu-ray, will be lined up early on Jan. 21 for this must-have addition to their horror, sci-fi and fantasy film collection. 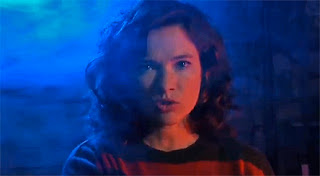 Bonus goodies include extended interviews, a collection of production and behind-the-scenes featurettes, which include “First Look: Heather Langenkamp's “I Am Nancy”,” “Fred Heads: The Ultimate Freddy Fans” and “A Nightmare on Elm Street in 10 Minutes.”