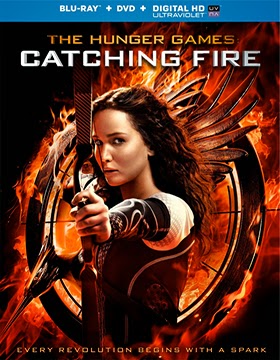 That’s right, a Friday street date — when your film takes in $420 million you can pick any day of the week that pleases you and the fans will be there to snap it up.   The ARR is 105 days.

Bonus features include commentary from director Francis Lawrence and the film’s producer Nina Jacobson and deleted scenes.  Exclusive to the Blu-ray SKU is a nine-part making of documentary titled “Surviving the Game: Making Catching Fire.”