Film Chest's Restore Hollow Triumph Will Be Ready For DVD On Mar. 11 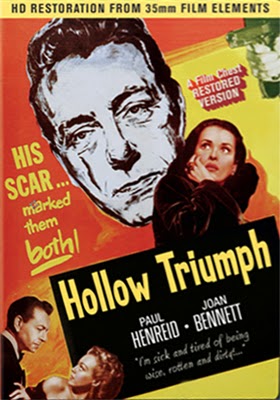 Working with a script from Oscar-winner Daniel Fuchs (Criss Cross, Panic in the Streets and an Oscar-win for Love Me or Leave Me), we meet ex-con John Muller (Paul Henreid), a crafty and intelligent gang leader — he could have been a successful doctor — whose first “big job” after being paroled goes horribly wrong.

He goes on the lamb and decides to go ahead and take the low-paying job that was waiting for him when he left prison.  Muller figures that it will be the perfect opportunity to hide in plain sight until the heat from the botched (and deadly) casino robbery blows over.

He’s nothing but an “office boy” and soon grows tired of his cover and begins to make plans to assume another man’s identity … complete with office, lucrative practice and attractive secretary (Joan Bennett) in the same office building where he works. 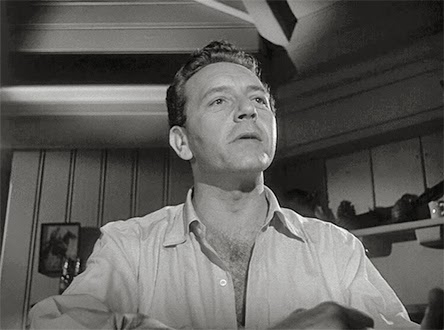 In a terrific twist — that pays off at the end of the film — through a series of events he assumes the identity of an important look-alike psychoanalyst by the name of Dr. Bartok.   Not only does he kill the doctor, he also scars his face to look like the dead man.  He literally becomes the man … and ends up paying for “his” transgressions!   A terrific film noir. 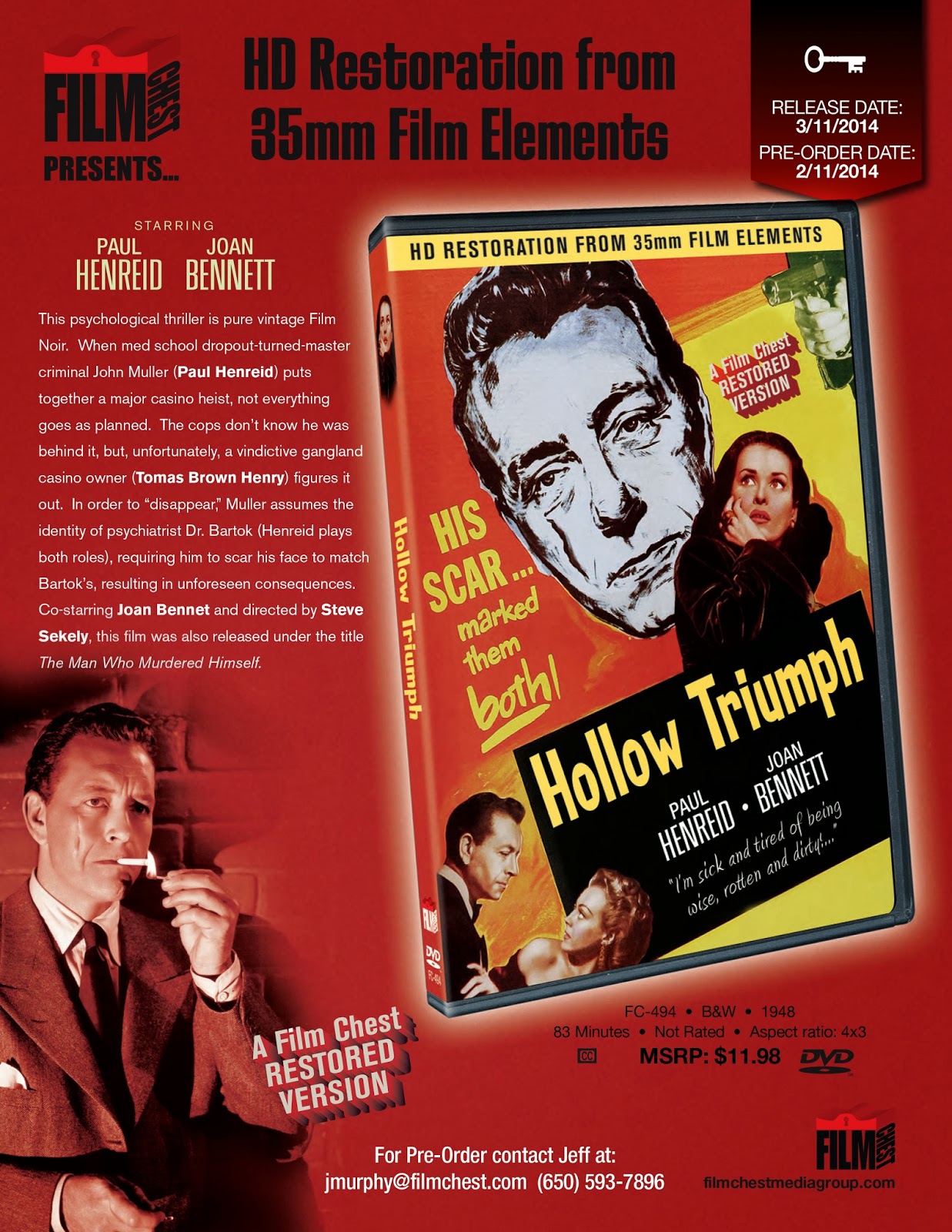 Email ThisBlogThis!Share to TwitterShare to FacebookShare to Pinterest
Labels: DVD and Blu-ray Release Report, Film Chest's Restore Hollow Triumph Will Be Ready For DVD On Mar. 11