Robert Duvall's Tomorrow Gets Blu-ray Date Of Apr. 29 From B2MP 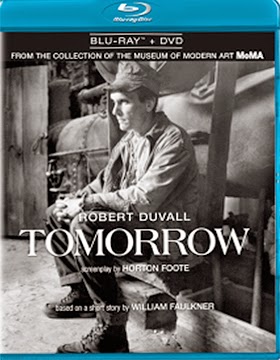 Out of print for some time now as a DVD SKU, this will be the first time that this collaboration between screenwriter Horton Foote and actor Robert Duvall will be available as a Blu-ray product offering.

The two first teamed in 1957 — before Duvall became the legendary film actor that he was destined to become — in Foote’s stage play, The Midnight Caller.  It is widely credited that Foote recommended Duvall for the role of Boo Radley (his screen debut) in director Robert Mulligan’s 1962 Oscar-winner, To Kill a Mockingbird (Best Actor for Gregory Peck and Best Adapted Screenplay for Foote). 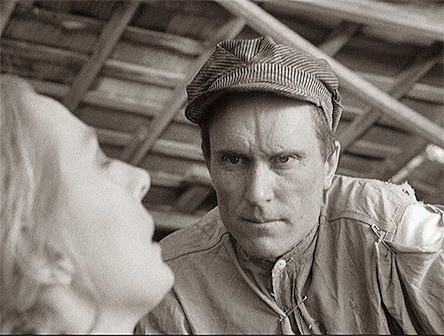 They would team again in 1966 for director Arthur Penn’s The Chase (based on Foote’s play) and then scored Oscar gold for both Best Actor (Robert Duvall) and Best Screenplay (Horton Foote) in director Bruce Beresford’s 1983 film masterpiece, Tender Mercies.

No collection of Duvall’s work is complete without Tomorrow, an understated, but beautifully crafted story of love, the South and one man’s sense of right, wrong and justice.