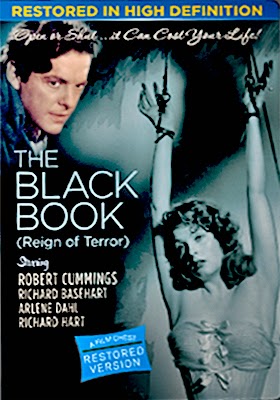 Director Anthony Mann’s 1949 film, The Black Book (aka: Reign of Terror), is the latest film to get a full restoration from Film Chest.

Street date selected for the DVD release is June 24.

This is the second film to be worked on by Film Chest this year that features Oscar-winner John Alton’s (An American in Paris) camera work … Hollow Triumph was restored and released on DVD this past Mar. 11.

Noted for such film noir thrillers as T-Men, Raw Deal, He Walked by Night and Border Incident — all, by the way, collaborations with Anthony Mann — points very much to The Black Book as being filmed in the style of film noir.   Although the film itself is a fairly detailed (obviously events had to be condensed for a film that runs 89 minutes) account of Maximilian Robespierre’s (played here by Richard Basehart) use of the Committee of Public Safety and his deliberate “reign of terror” in 1794 during the French Revolution. The names of the players are generally accurate and Robespierre’s own demise (although still debated to this day as to whether it was a failed suicide attempt or an assassination gone awry) by being shot in the face, left bloody — but alive — only to meet the same fate on the guillotine that he had dealt out to thousands of his enemies the following morning.
Mann, working with a script provided by noted film noir writer and Oscar-winner Philip Yordan (Broken Lance in 1954, plus nominations for Dillinger and Detective Story), in collaboration with Aeneas MacKenzie (noted for his history-related action films), overlays a tale of mystery and suspense in the context of these actual historical events. 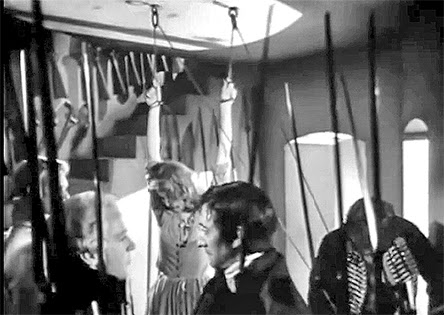 At the core of it is Charles D’Aubigny (played by Robert Cummings), an undercover agent sent by Lafayette to infiltrate Robespierre’s inner circle by posing as Duval, one of the Committee of Public Safety’s henchmen from the provinces.   Summoned to Paris, D’Aubigny/Duval soon learns that Robespierre is in search of a “black book” listing the enemies of Revolution … it has gone missing.  Duval is put in charge of the search, with unlimited powers, but he soon suspects that the document is either a fiction created by Robespierre to ferret-out those who are beginning to question his deity-complex and unquenchable thirst for blood or not missing at all.

The trick is to stay alive, solve the mystery of the black book and avoid being unmasked in the process.  Throw in a love interest (played by Arlene Dahl), who is caught and tortured (but rescued in the film’s denouncement), and you have all the elements of a first-class thriller.

Indeed, you could take the entire French Revolution out of the equation and substitute the Nazis, torture and the dreaded SS and they too would be right at home here. 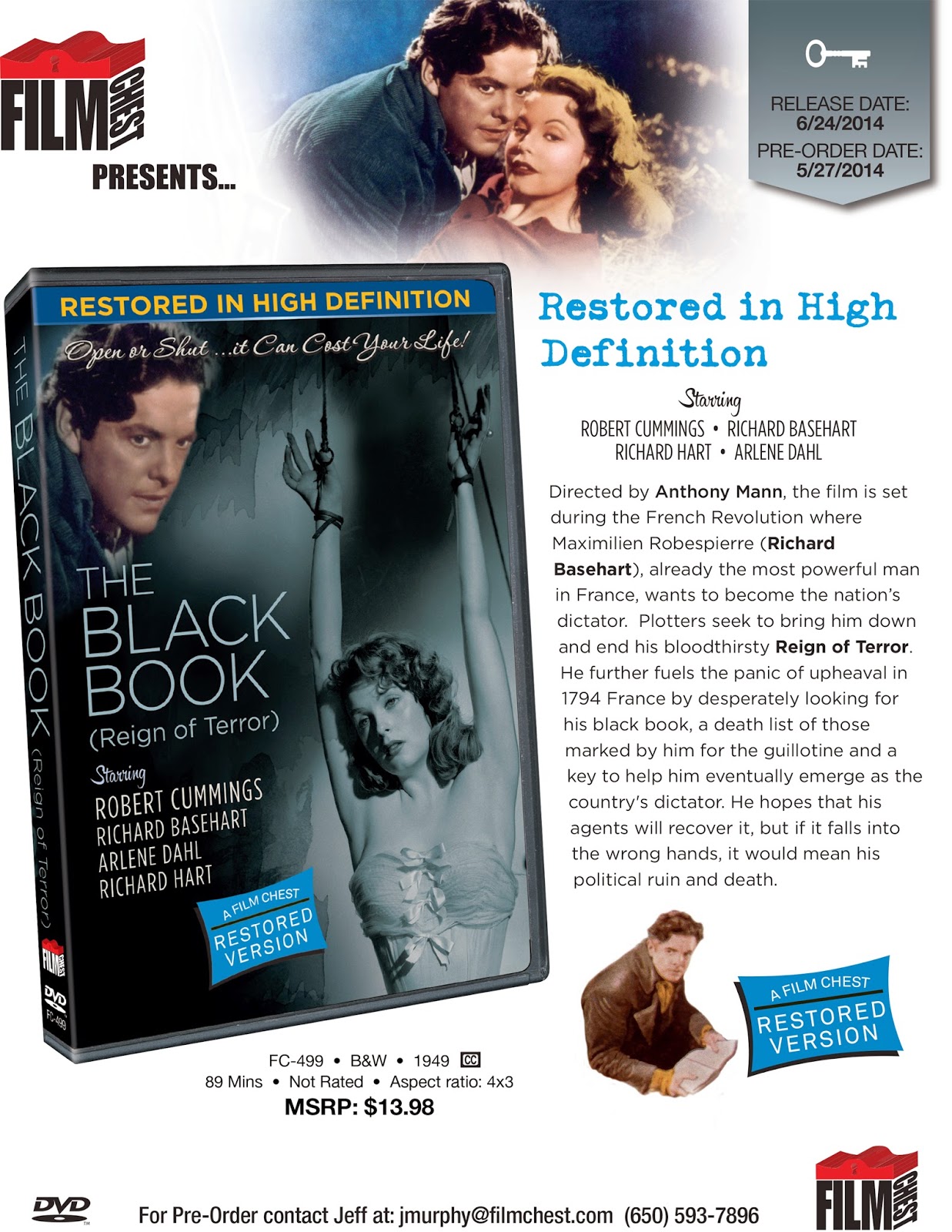 Email ThisBlogThis!Share to TwitterShare to FacebookShare to Pinterest
Labels: DVD and Blu-ray Release Report, Film Chest Sets A Restoration Of Director Anthony Mann's The Black Book For DVD On June 24