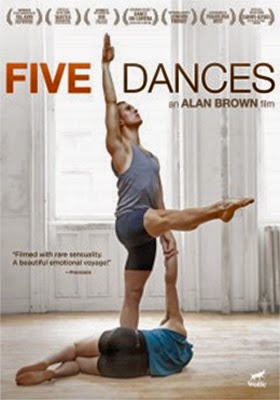 The ARR is 298 days … the film had a one-stop theatrical showcase last year after piling up a ton of awards on the film festival circuit, including Best Picture laurels at the Tel Aviv LGBT International Film Festival and Rio Gay Film Festival.

After Book of Love, Superheroes and Private Romeo it was pretty much established that Brown was a filmmaker to be reckoned with.   In other words, he could write whatever he wanted, direct it and, perhaps, more importantly get it produced.

There are characters in this film.  There are plot elements as well, but Five Dances is about choreography, dance, love and commitment.  The film is a powerful tribute to the beauty, labor, pain and emotional investment involved in the love of dance as performance art.

Chip, played by newcomer Ryan Steele, is literally fresh off the farm and is only in New York City as a result of a Joffrey Ballet scholarship.   He has the dream, but neither the backing (broke is broke) nor the emotional maturity to really push beyond the neophyte level of artistic expression.  He’s got the ticket, but needs, metaphorically speaking, to get it punched. 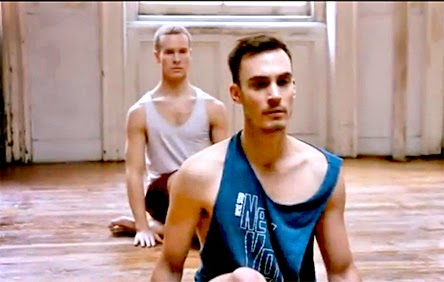 His assigned dance partner, Theo (Aussie pro dancer Reed Luplau), painfully manages to break through both the immaturity and the walls of “fear” (trust) that inhibit Chip from being both the dancer … and the person that he can truly become.