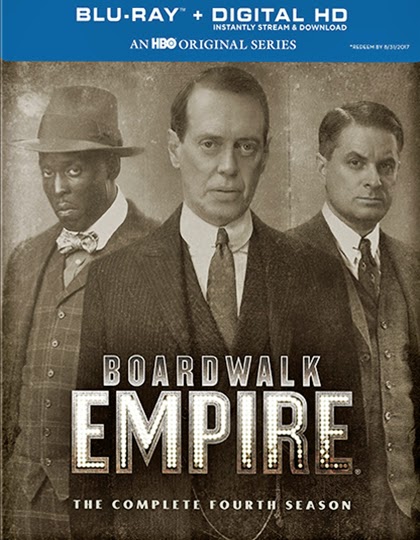 HBO Home Entertainment announced this past week that the life and death adventures of Atlantic City crime kingpin, Nucky Thompson (Steve Buscemi), will be ready for fans to enjoy on Aug. 19 as either DVD or Blu-ray/DVD Combo Pack (with UltraViolet) editions of Boardwalk Empire: The Complete Fourth Season.

Bonus features include six episode commentaries, the interactive Blu-ray feature titled “Boardwalk Chronicle” and six production featurettes, including two that are exclusive to the Blu-ray SKU — “Scouting the Boardwalk” and “PaleyFest.”  There is also a review of the previous season titled “Season 3: Revisited.”