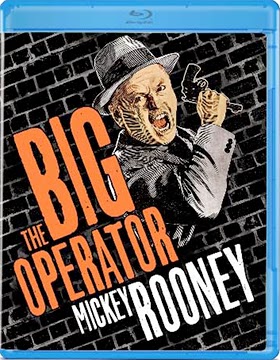 Slated for delivery on Sept. 16, Rooney stars as a sadistic “union boss,” which is nothing more than a cover for his criminal enterprise.   Steve Cochran and Mamie Van Doren co-star as husband and wife — he takes on the mob — while none other than Dennis the Menace (Jay North) plays their son.

Elsewhere on the September release calendar from Olive Films are Distant Drums and South of St. Louis (both available on DVD and Blu-ray on Sept. 23) and Betty Boop Essential Collection, Volume #4 (Sept. 30).