Warner Home Video Laughs It Up With Barrymore And Sandler On Aug. 26 With DVD And Blu-ray/DVD Combo Pack Editions Of Blended 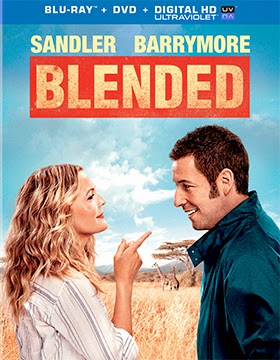 Titled Blended, it will be available as separate DVD and Blu-ray/DVD Combo Pack (with UltraViolet) SKUs.   This late August street date yields a relatively quick-to-market ARR of 95 days.   Ticket sales are currently posted at $44.2 million.

Following the success of 50 First Dates (2004) and The Wedding Singer (1998), it was only natural that two would hook up for another comedy outing.   This time around the meet-cut relationship begins when Lauren (Barrymore), a divorcee with two children, going out on a blind date with Jim (Sandler)! 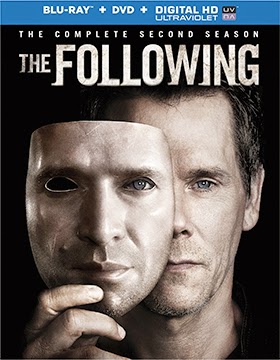 It’s a disaster, but they have a chance meeting in the aftermath that sets things on the proper — although very zig-zagged — romantic course which eventually finds the two in Africa with all of their kids for what amounts to one very bizarre “family” vacation.

Also added to Warner’s release calendar this week is the Kevin Bacon hit serial killer series, The Following: The Complete Second Season.   DVD and Blu-ray/DVD Combo Pack collections will be available for fans to savor on Oct. 7.

Email ThisBlogThis!Share to TwitterShare to FacebookShare to Pinterest
Labels: DVD and Blu-ray Release Report, Warner Home Video Laughs It Up With Barrymore And Sandler On Aug. 26 With DVD And Blu-ray/DVD Combo Pack Editions Of Blended