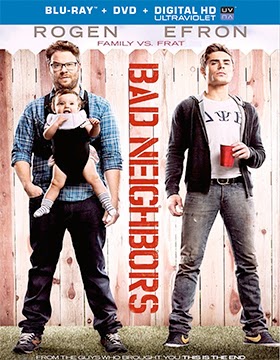 The ARR for this summer comedy hit comes in at 137 days and ticket sales at the local multiplex were a very tasty $148 million.

Bonus features include deleted and alternate scenes, an alternate opening, a gag reel and four featuettes — “An Unlikely Pair,” “Partying with the Neighbors,” “On the Set with …” and “The Frat” — plus an interactive feature titled “Line-O-Rama.”