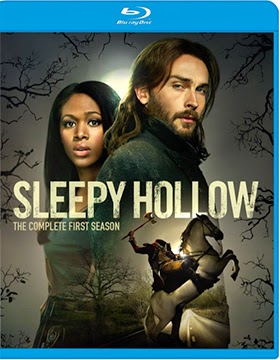 20th Century-Fox Home Entertainment has selected Sept. 23 as the street date for DVD and Blu-ray sets of the time-leaping mystery/detective series, Sleepy Hollow: The Complete First.

Tom Mison (Salmon Fishing in the Yemen) stars as Washington Irving’s 18th Century school teacher (upgraded to professor), Ichabod Crane, who has magically been transported (along with the infamous Headless Horseman) to modern times.   It is here, in the present day, that he teams with police lieutenant Mills (Nicole Beharie — 42, American Violet, etc.) to battle not only the Headless Horseman (who is far more sinister than Irving ever imagined), but forces of the occult as well!

Bonus nuggets include episode-specific commentary, deleted scenes, a gag reel and a half-dozen production featurettes, including one titled “The Horseman's Head” (special effects) and a second titled, “Welcome to the 21st Century, Mr. Crane.” 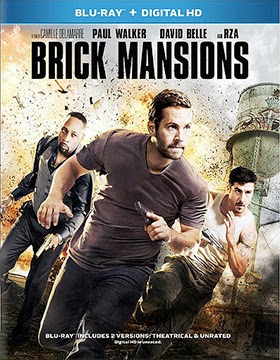 Also getting a post-Labor Day street date is director Camille Delamarre’s Brick Mansions (written by Luc Besson, who also wrote the original French-language version, District 13).   This Paul Walker (which appears to be his final finished film) thriller will be available on Sept. 9 as both DVD and Blu-ray (with UltraViolet) product offerings.

The only bonus feature known at this time for Brick Mansions is that the Blu-ray SKU will feature both the PG-13 theatrical cut as well as an unrated viewing option.