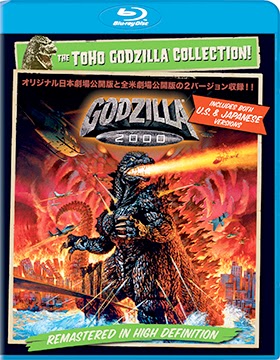 With Warner Bros. hitting it big with director Gareth Edwards’ Godzilla this summer, it comes as no surprise that ride-along promotions featuring the big guy and his cousins would be forthcoming.

Such is the case with news from Sony Pictures Home Entertainment this week that Godzilla 2000 (both US and Japanese versions), Godzilla Double Feature (Godzilla, Mothra & King Ghidorah: Giant Monsters All-Out Attack teamed with Godzilla Against Mechagodzilla) and Mothra Trilogy (Rebirth of Mothra I, II and III) will all be hitting the Blu-ray market on Sept. 9.