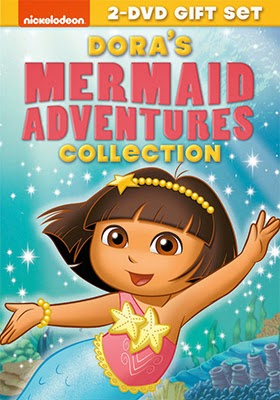 Paramount Home Media Distribution teams with Nickelodeon on Jan. 13 for the release of Dora the Explorer: Mermaid Adventures Collection, a double-disc DVD presentation of six Dora the Explorer adventures … plus much more!

Included in this stellar assembly of Dora, Boots and friends adventures are: Dora Saves The Mermaids (complete with a singing clam), Fish Out Of Water (baby fish are trapped in a tide pool, so it is Dora and Boots to the rescue), Treasure Island (Dora and Boots are hot on the trail of Pirate Pig’s treasure), Dora’s Rescue in Mermaid Kingdom (can Dora and Boots get Maribel home safely?), Benny the Castaway (a mysterious message in a bottle launches this adventure) and Dora’s Moonlight Adventure (who knew that cat-sitting could be so much fun)! 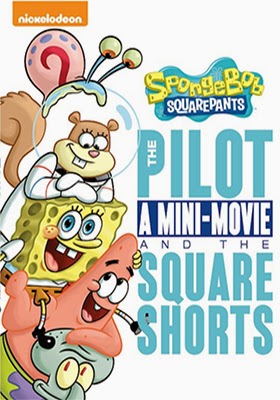 Bonus features included in the Dora the Explorer: Mermaid Adventures Collection are a pair of music videos — “The Clean-Up Song” and a Yo Gabba Gabba! music video.

Arriving on Jan. 6, and timed to take advantage of the new SpongeBob movie, The SpongeBob Movie: Sponge Out of Water (in theatres on Feb. 6) is the oddly-titled DVD release of SpongeBob SquarePants: The Pilot, A Mini Movie & The Squareshorts.