Virgil Films And Entertainment Selects Jan. 13 For DVD Editions Of Expedition to the End of the World And Filmmaker Richard Linklater's Up To Speed 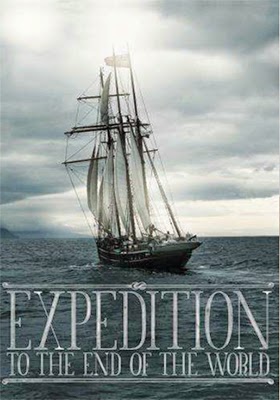 Virgil Films & Entertainment will enter the New Year with the Jan. 13 DVD debut of documentary filmmaker Daniel Dencik’s film festival-winner and real-life adventure, Expedition to the End of the World.

An unlikely group of artists and scientists (from various disciplines) board a classic three-masted schooner and head off to explore the previously uncharted Tkke Opmalt Fjords of Greenland.     It’s not so much about who they are, or what they say — which can range from the banal to the inspired — but what they experience.

If you ever needed a reason to go off on an adventure, especially to a place where humans rarely go, Dencik’s film brightly serves as an infomercial for just that.  Go … just go!   The sights and sounds and the experiences of exploration are reward enough.

Also on the Jan. 13 release calendar from Virgil Films is filmmaker Richard Linklater’s six-episode travel web series, Up to Speed.   With Boyhood, his likely Best Picture nominee, arriving on both DVD and Blu-ray from Paramount Home Media the week before (Jan. 6), the timing is perfect for this special interest release. 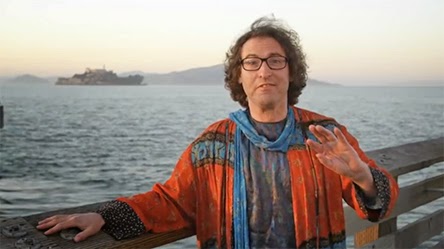 Join Timothy "Speed" Levitch as he takes you on odd adventures; truly odd and whimsical adventures.    Visit San Francisco, but get a view unlike the traditional tourist … how about a “shoe garden?”

Or visit, of all places, Lawrence, Kansas and discover how Bloody Kansas was just that on this seemingly quiet and picturesque landscape.

Chicago … how about an obscure monument commemorating a violent event from the city’s distant pass … no gangsters involved.

Email ThisBlogThis!Share to TwitterShare to FacebookShare to Pinterest
Labels: Virgil Films And Entertainment Selects Jan. 13 For DVD Editions Of Expedition to the End of the World And Filmmaker Richard Linklater's Up To Speed