Priced-To-Own Double-Disc DVD Collection Of Jungle Girls From The Film Chest On Apr. 28 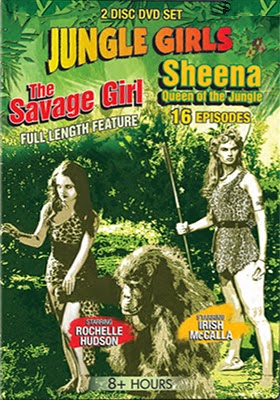 The Film Chest, in conjunction with Synergy Entertainment, has targeted Apr. 28 as the DVD release date for the double-disc, priced-to-collect release of Jungle Girls.

This collection begins with director Harry Fraser’s Christmas of 1932 (pre-Code) film release of The Savage Girl, starring Rochelle Hudson (Rebel Without a Cause, Devil’s Cargo, Meet Boston Blackie and many more) as the mysterious “White Goddess” who is guarded by a killer gorilla.

When zoo and circus animal hunter Jim Franklin (Walter Byron) shows up in her jungle it is just a matter of time before he falls under her spell … true love will bloom if the sinister Bernouth (Adolph Milar) doesn’t have his way with her first!!!

Teamed with The Savage Girls — and in keeping with the “Jungle Girls” theme — are 16 classic episodes of Sheena, Queen of the Jungle, starring Irish McCalla (She Demons, Five Bold Women, etc.) as the legendary comic book heroine.

Sheena's sidekick is none other than Neal the Chimp! 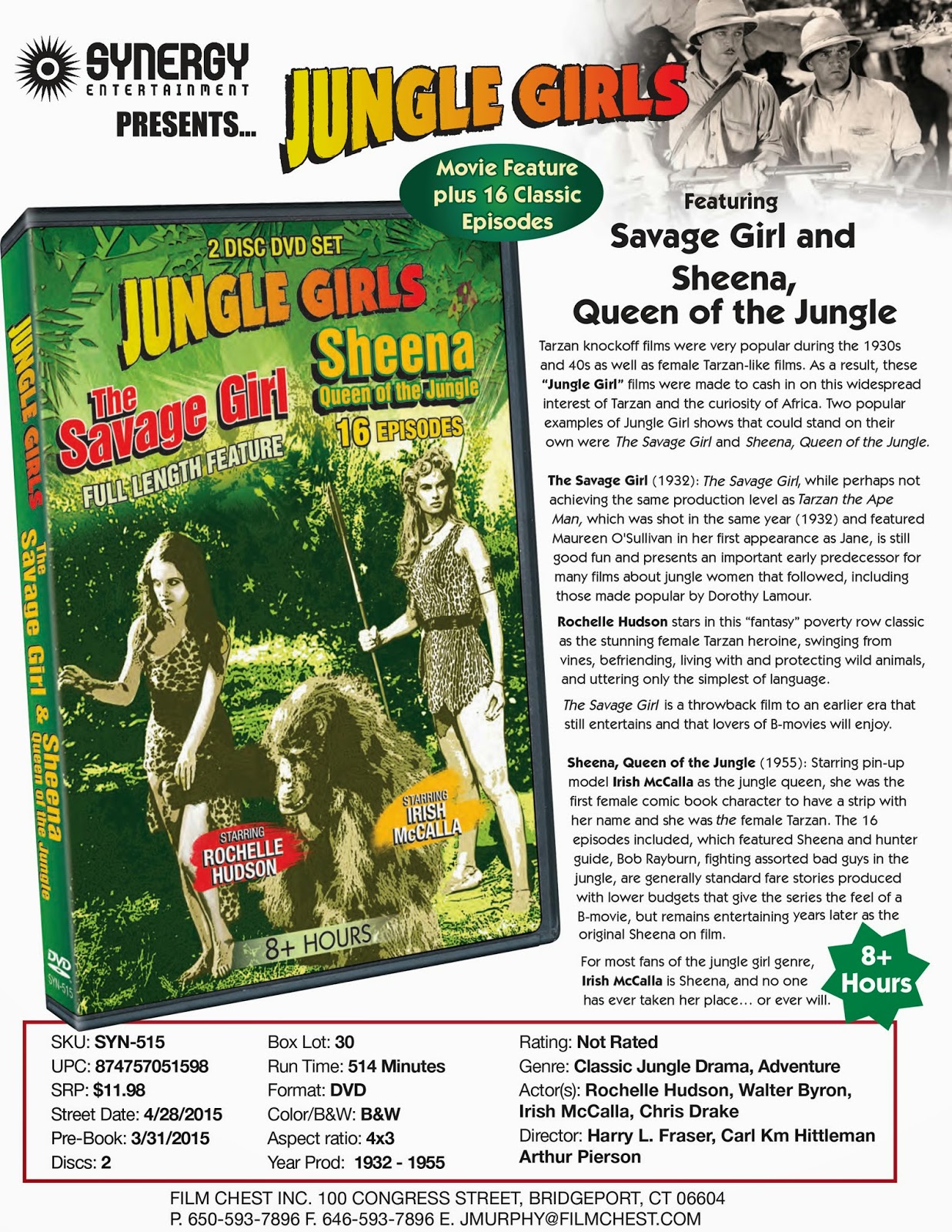