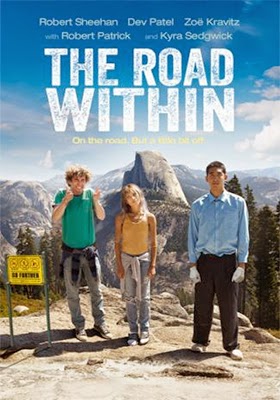 A road trip for “broken toys” is in the offing on July 7 when Well Go U.S.A. brings writer/director Gren Wells’ award-winning The Road Within to both DVD and Blu-ray.

A limited major-metro theatrical run was launched on Apr. 17 (and augmented with additional venues on Apr. 24) following a year-long journey through the film festival circuit (with wins at the Napa Valley Film Festival, Palm Spring International Film Festival … and others).

The “broken toys” in this case are institutionalized young adults with emotional issues that have made them unwelcomed in society, or in the case of Vincent (Robert Sheehan — The Mortal Instruments: City of Bones, Love/Hate, Season of the Witch, etc.) — who suffers from Tourette's Syndrome — a liability for his father, Robert, and his political aspirations (played by T2’s Robert Patrick).

The clinic, Desert Bridge, run by the well-meaning Dr. Mia Rose (Kyra Sedgwick), is also home to Marie (Zoë Kravitz — as Christina in the Divergent film series, plus such films as After Earth, X-Men: First Class and as the character Toast in the forthcoming theatrical release of Mad Max: Fury Road on May 15) who suffers from anorexia. 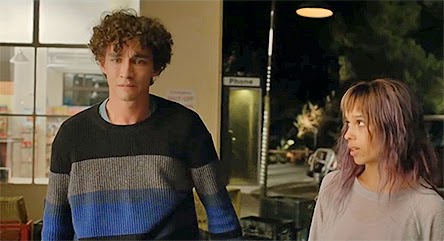 She’s recruited to show Vincent around the place, after he has been assigned a roommate by Dr. Rose, who figures that it would be good for him not to be alone in his new digs.   That roommate, Alex (played by Dev Patel — Slumdog Millionaire, The Best Exotic Marigold Hotel), turns out be an extreme germophobic (among other coping disorders), which was an interesting choice by the good doctor.

Soon this trio of misfits are hanging out together and sharing meals (well at least Alex and Vincent, Marie has a tendency to make her food selections “disappear”) and it’s not long before an escape plan is hatched.   Vincent wants to scatter his recently deceased mother’s ashes in the ocean and Marie is bored silly with Desert Bridge … Alex is only included in the great escape as a measure to keep him from spilling the beans.

Off they go in a stolen car with no one in pursuit.  Robert persuades Dr. Rose to leave the police out of it (bad publicity for all) as they unite to become the mismatched trackers of the escapees.

The Road Within avoids the “disease of the week” clichés and focuses on the three young adults trying to cope with their societal flaws (Dev Patel does a nice job of providing the comic relief … constantly running over pregnant women when it is his turn behind the wheel), while the “real” adults, Dr. Rose and politico Robert, use the time on the road to examine some of their own failings.

Filmmaker Gren Wells has crafted a nice mix of comedy and drama that quickly invests the viewers in the three patients on the lam.   A nice trip is certainly in the offing on July 7 for those unable to catch The Road Within theatrically.