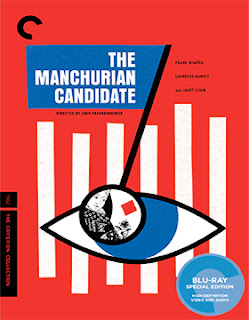 The Criterion Collection announced its March of 2016 Blu-ray and DVD selections this past week and leading the parade is a new 4K restoration of a film that near and dear to the heart of this writer.  That would be director John Frankenheimer’s 1962 film masterpiece, The Manchurian Candidate.

Back in the day, when I was the head of marketing for MGM/UA Home Video, word arrived that Frank Sinatra had given permission for this Cold War thriller to be released on VHS and laserdisc (remember those formats?).   As rumor had it, his daughter — Nancy Sinatra — asked the question “why isn’t The Manchurian Candidate available for home entertainment?”

The JFK assassination, the movie Suddenly (also starring Sinatra) and The Manchurian Candidate were all loosely connected, so the latter was something of a no-no, but when Nancy asked the question, her father, by the late 1980s, couldn’t come up with a good reason to keep the film in the dark any longer.  So we released it (which was good for me in that I got to meet auteur filmmaker John Frankenheimer, screenwriter George Axelrod and the Chairman of Board). 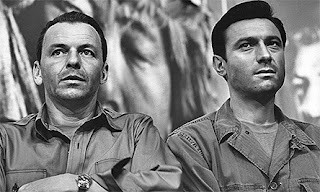 On Mar. 15, Criterion will release both newly restored DVD and Blu-ray editions of The Manchurian Candidate.

Also on the March DVD and Blu-ray release calendar from the Criterion Collection is one of French New Wave filmmaker Jacques Rivette’s early works, Paris Belongs to Us (Mar. 8). 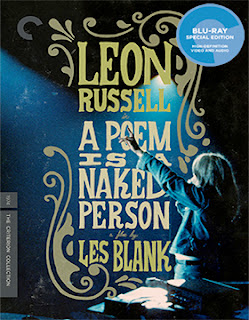 The debut of Taiwanese filmmaker Edward Yang’s 1991 epic, A Brighter Summer Day, takes place on Mar. 22 and it includes, as a bonus feature, the feature-length documentary from director Hsiao Chu-chen, Our Time, Our Story (a 2002 look at the history of Taiwanese New Wave filmmakers).

And lastly, the month of March concludes with two releases on the 29th — director Les Blank’s A Poem is a Naked Person, his 1974 random documentary on the life and times of rocker Leon Russell (with performances by such legends as Willie Nelson and George Jones) and a new 4K restoration for Blu-ray of Vittorio De Sica’s 1948 film, Bicycle Thieves.