Sandra Bullock is one of the smartest actresses, as well as one of the saviest film producers in Hollywood these days, but even she can make mistakes.  Big mistakes.   Multi-million dollar whopper mistakes!

Director David Gordon Green’s “dramedy” film adaptation of documentary filmmaker Rachel Boynton’s 2005 film, Our Brand is Crisis, was anything but “gold” … it bombed and bombed badly.   So there’s more to be done about that … with a meager $7 million in ticket sales it is time for Warner Bros. to move on. 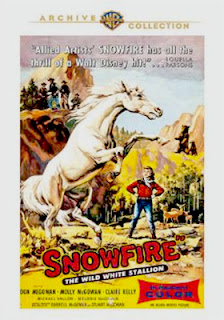 And that’s just what Warner Bros. Home Entertainment did this week with Our Brand is Crisis and the announcement that Blu-ray and DVD SKUs will be available on Feb. 2.   The ARR for this Groundhog’s Day release is just 95 days.

The only bonus feature — common to both the DVD and Blu-ray — is the featurette titled “Sandra Bullock: A Role Like No Other.”

Of much more interest — film-wise — is the Jan. 5 DVD debut of the writing and director team of Dorrell and Stuart McGowan’s 1958 outdoor adventure, Snowfire. 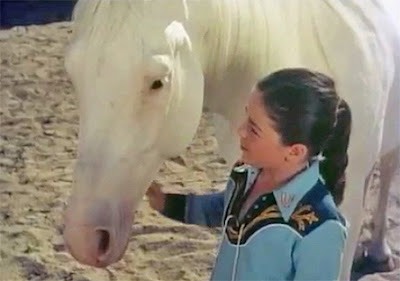 Filmed on location in Utah’s Bryce Canyon National Park and starring Molly McGowan (Dorrell’s daughter), Snowfire is one of those “little” films that hit all the right notes in its storytelling and launched Molly McGowan into the spotlight as a bright and upcoming child star.    Sadly, her promising career came to a tragic end shortly after her final film, The Bashful Elephant, when she was diagnosed with Hodgkin's Lymphoma ... she died at just 18 years of age.

As sad as McGowan’s life played out, her performance in Snowfire is a real treasure — starring opposite a wild white stallion — and now the film has been freed from the film vaults for yearning fans to finally enjoy on DVD.

Email ThisBlogThis!Share to TwitterShare to FacebookShare to Pinterest
Labels: Snowfire Makes Its DVD Debut On Jan. 5, Warner Bros. Home Entertainment Announces Feb. 2 As The Street Date For Sandra Bullock's Our Brand Is Crisis