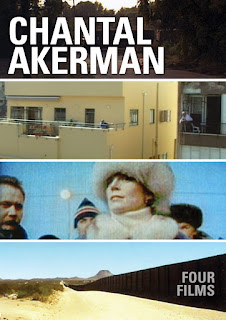 Icarus Films announced this past week that a four-film collection showcasing the work of the late Belgian filmmaker Chantal Akerman will be available on DVD this coming Mar. 29.

Titled Chantal Akerman: Four Films, this unique collection of her work includes her avant-garde documentaries From the East (1993, a visual exploration of Eastern Europe after the Berlin Wall came down) and From the Other Side (2003, highlighting the plight of illegal Mexican emigrants who elect to make the deadly trek through the Arizona desert).

South (1999) is an intense portrait of Jasper, Texas in the wake of the brutal murder of James Byrd, Jr. by white supremacists on June 7, 1998.   His murder was horrific in that he was tied to the back of their pickup truck and drug for three miles.  Of note, Akerman’s film ends by retracing the entire three-mile route so that the viewer can envision Byrd’s final moments. 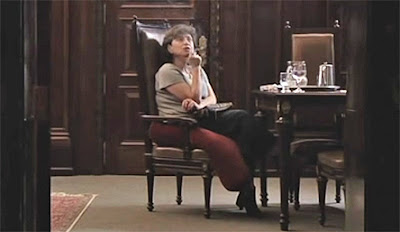 The fourth film in the Chantal Akerman: Four Films collection is titled Down There (2006), where she chronicles her melancholy moments spent in a Tel Aviv apartment.

As to bonus goodies, Icarus Films has included documentary filmmakers Gustavo Beck and Leonardo Luiz Ferreira’s 2010 film Chantal Akerman, From Here.   This intimate piece features Akerman discussing her career and her films … this is a terrific companion piece to this collection of her works assembled by Icarus Films.