108 Media Corp. Teams With MVD Entertainment Group For The May 10 DVD Debut Of Director Matthew Kowalchuk’s Lawrence And Hollowman 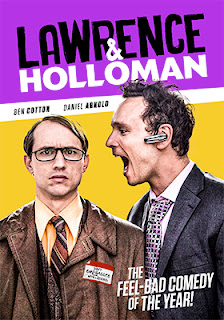 Holloman (Daniel Arnold, who co-wrote the film script) is wallpaper, a cypher, someone that could pretty much pass unnoticed through life.   He knows this, and when thoughts of killing himself come his way, he dismisses them because no one would care; no one would notice.   He’s the sad sack of sad sacks with a vivid imagination that is carefully tucked away.

Ben Cotton plays Lawrence, the “other” character of this buddy piece.   He literally knows no boundaries … there’s something clinically wrong with him, but we are not sure what it is.   Maybe it’s a medical condition, who knows … maybe he’s just so dim-witted that he’s blissfully unaware of just how offensive he can be.

He’s the sort of guy that would walk up to 100 different women and ask to sleep with them knowing that at least one or two would say, “sure, why not.”   He could care less about the embarrassment of both the question and the 98 rejections. 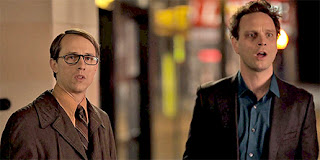 Holloman, on the other hand, wouldn’t dare ask the question … he already knows the answer.

A chance encounter in an elevator gives Lawrence free reign to have his way with Holloman, who absorbs the abuse like a sponge.  A “friendship” is born.

Lawrence gives Holloman advice, Holloman listens, Holloman absorbs.  And the film proceeds to go from quirky to delightfully demented; from just being odd to black comedy at its very best.

So come May 10, put Lawrence & Holloman on your DVD shopping list … you will not be disappointed, especially if you like your comedies with an edge. 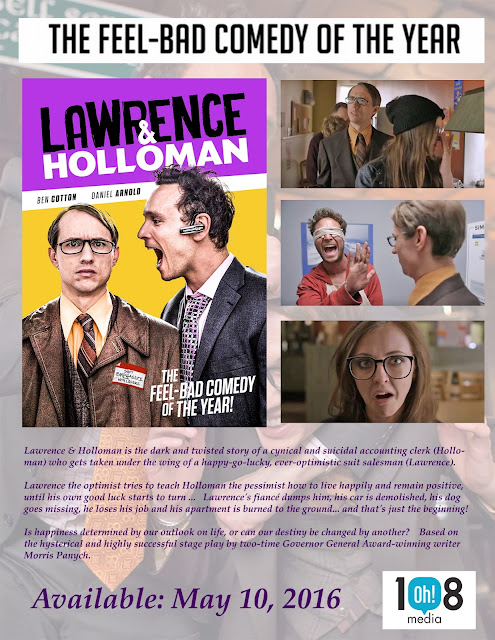 Email ThisBlogThis!Share to TwitterShare to FacebookShare to Pinterest
Labels: 108 Media Corp. Teams With MVD Entertainment Group For The May 10 DVD Debut Of Director Matthew Kowalchuk’s Lawrence And Hollowman, DVD and Blu-ray Release Report