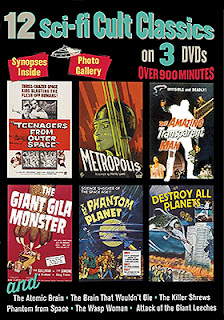 Film Chest Media Group announced this past week that a 12-film, three-disc collection featuring 11 classic sci-fi thrillers from the 1950s and 60s, plus Fritz Lang’s 1927 masterpiece from the silent era, Metropolis, will be available on May 31.

Titled 12 Sci-Fi Cult Classics, in addition to Metropolis, fans can savor the thrills — in chronological order — of such sci-fi gems as:

Director W. Lee Wilder’s 1953 invasion of Southern California by the occupant of downed flying saucer in Phantom from Space.  The Griffith Observatory serves as the focal point for the grand finale as the “alien” (played by Dick Sands) desperately tries to communicate with the earthlings who have hounded him before he succumbs to our atmosphere.

We skip ahead six years to not one but five sci-fi treasures from 1959 — director Bernard L. Kowalski’s Attack of the Giant Leeches (produced by Roger Corman, with a script from actor-turned-screenwriter, Leo Gordon), the Roger Corman-directed (with Jack Hill), The Wasp Woman (again with a Leo Gordon script), f/x ace Ray Kellogg took time off from his busy studio schedule to be the writer and director of two classics from the period, The Giant Gila Monster and The Killer Shrews — both produced by actor Ken Curtis — and lastly, writer/director Tom Graeff’s Teenagers from Outer Space. 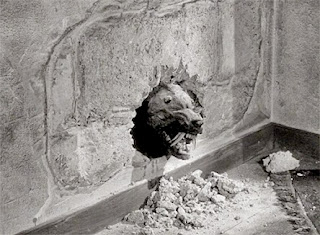 Director William Marshall’s The Phantom Planet (from 1961), writer/director Joseph Green’s The Brain that Wouldn't Die (1962), filmmaker Joseph Mascelli’s The Atomic Brain (1964) and the Japanese import showcasing the talents of Gamera, Destroy All Planets (released by AIP in 1969), round out this impressive assembly of classic sci-fi films. 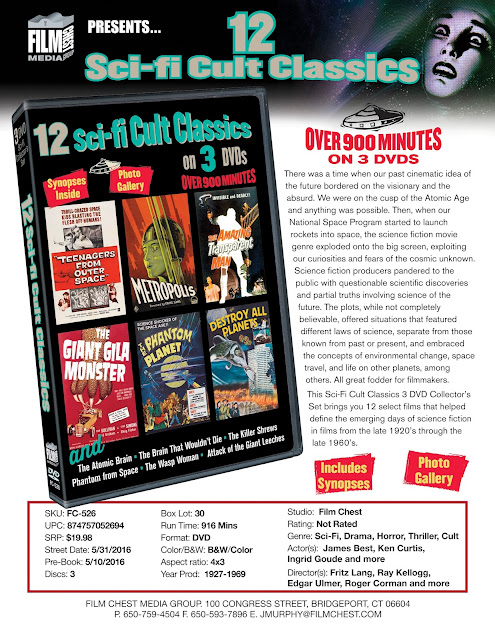