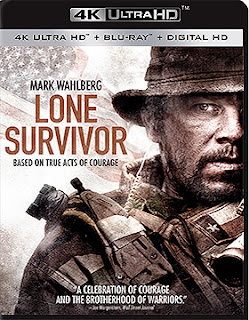 With Lionsgate, Warner Bros., Paramount, 20th Century-Fox and Sony Pictures on board with the new 4K Ultra HD format, it was only a matter of time before Universal Pictures Home Entertainment joined the party.

That happened on April 19 with an announcement that wasn’t really much of announcement.   “Yes, we are in, but we have nothing set as of yet.”

Universal has been averaging 118 days from theatrical launch to home entertainment, so we could see a 4K Ultra HD edition of The Huntsman: Winter's War at retail by mid-August.

The studio will also be releasing the likes of Everest, Lucy and Lone Survivor as 4K Ultra HD SKUs, but dates were not assigned in the press release.   Those films will likely to be released as 4K Ultra HD/Blu-ray Combo Packs during June and July if mid-August is the earliest window for a day/date outing.

These are to be counted among as many as 100 films that will be available as 4K Ultra HD releases by the end of the year.  That’s what Universal is committing to.

Now all that remains is for Walt Disney Studios to join their studio brethren in support of the 4K Ultra HD format.   Of course, they have already missed a golden opportunity to do just that with a day/date release of Star Wars: The Force Awakens, but that didn’t happen.
Posted by DVD & Blu-ray Release Report at 8:45 AM