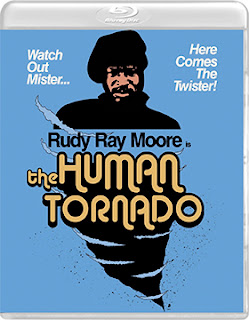 Vinegar Syndrome is back on May 31 with two new 2K film restorations showcasing golden cinematic treasures from the 1970s — both releases will be Blu-ray/DVD Combo Packs.

On Apr. 26, Vinegar Syndrome will be releasing Rudy Ray Moore in Dolemite, so how fitting is it that the sequel to that blaxploitation gem, director Cliff Roquemore’s The Human Tornado, is one of the two restorations (from original 35mm film elements) that will be on the release calendar for delivery to fans on the last day of May.

When Dolemite (Rudy Ray Moore) is caught offering sexual pleasure to the wife of the local sheriff (J.B. Baron), he has to take it on the lam … he was lucky, the wife and deputy, who was order by the sheriff to “shotgun” the two naked lovers, were not.

He heads out to Los Angeles, where he discovers that Queen Bee (Lady Reed) is once again in trouble with the mob … this time a thug by the name of Cavaletti (played by Herb Graham).   So it’s clear to our hero that the mafia must be vanquished and he must keep a sharp eye out for the racist sheriff who is out to kill him.   Kill Dolemite?   I don’t think so! 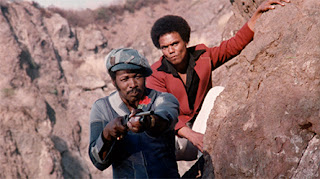 Poor Arnold Masters (played by Jim Hutton — whose popular whodunit, Ellery Queen, was in its first season when Psychic Killer was released theatrically), he is a mister milquetoast who gets shipped off to an insane asylum for a murder he didn’t commit. 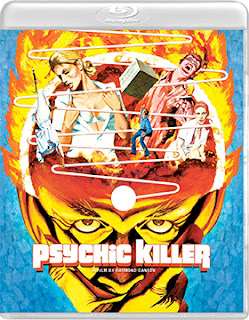 Two things happen that change all of this … first, his mom dies and second, a fellow nut job just happens to have the power to do something with his mind that is called astral
projection.

Next thing you know Arnold is out and has the ability to kill those he holds responsible for his incarceration.   All with his mind … and no power on earth can stop him!!!

The director, Ray Danton had been an actor since the early 1950s and was just starting out as a director … so he called his friends (nice way to assemble a top notch cast on a micro budget).

Bonus features include a trio of featurettes — “The Danton Force,” “The Psychic Killer Inside Me,” and  “The Aura of Horror.” 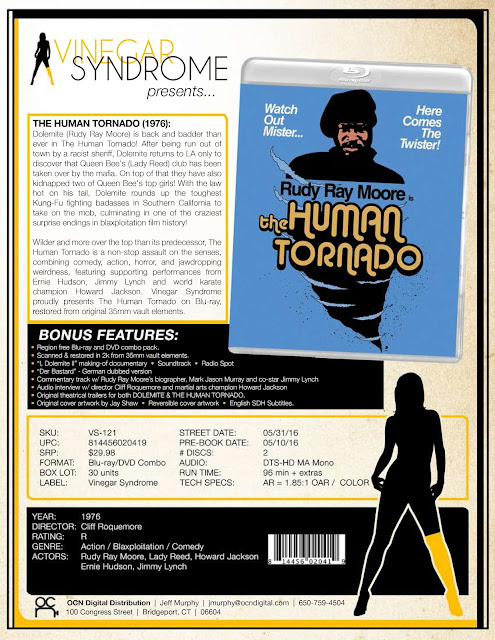 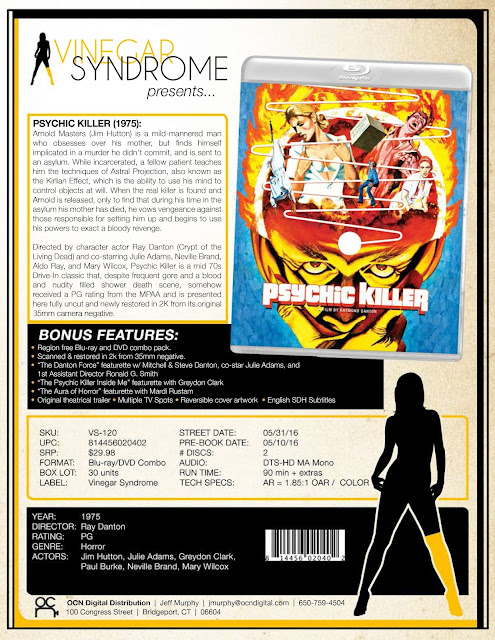 Email ThisBlogThis!Share to TwitterShare to FacebookShare to Pinterest
Labels: DVD and Blu-ray Release Report, Vinegar Syndrome Preps A 2K Restoration Of Rudy Ray Moore's The Human Tornado As A Blu-ray/DVD Combo Pack On May 31