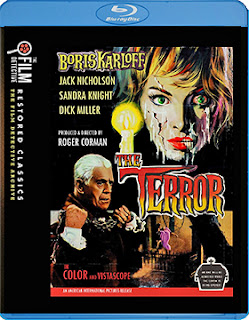 There are legendary films that belong in any serious film collector’s library.   Sure, you can count Citizen Kane, The Godfather (I and II), Wizard of Oz, Casablanca … the list goes on and on, but you get the idea.   There are just certain films that are keepers!

One of these “keepers,” which wasn’t a blockbuster, would have to Roger Corman’s 1963 chiller, The Terror.

Word arrived this week that a new HD transfer will making its way to Blu-ray on May 31 through the restoration efforts the Film Detective.   Grab all of those PD DVD (and even VHS) versions that you might have collected over the years and toss’em … the Blu-ray is here!

These are reasons why The Terror is a must-have keeper:

First, Roger Corman, Francis Ford Coppola, Monte Hellman, Jack Hill and even Jack Nicholson all had a hand in shooting the film (partly because Corman, who always with eye out for production budgets, was using the set from The Raven, which was in the process of being torn down while they were still filming).  That’s an impressive list of filmmakers! 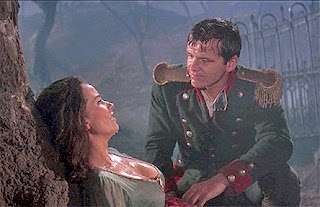 Next, the film stars Boris Karloff (who was available, as legend has it, for just three days … and was run-ragged during that period as The Raven set came down around his ears), Jack Nicholson (a Corman regular during the early 1960s), Dick Miller (another Corman player), Jonathan Haze (Seymour from Corman’s Little Shop of Horrors) and Sandra Knight (ex-wife of her co-star, Jack Nicholson, who would also appear in Blood Bath, before retiring — she came back for a cameo in the Corman-produced 1990 film, The Haunting of Morella).

And just for kicks, footage from the film was used in Peter Bogdanovich’s 1968 film release of Targets, which also featured Boris Karloff (the drive-in sequence, you’ll understand).  Bogdanovich also began his film career as part of Corman’s circle. 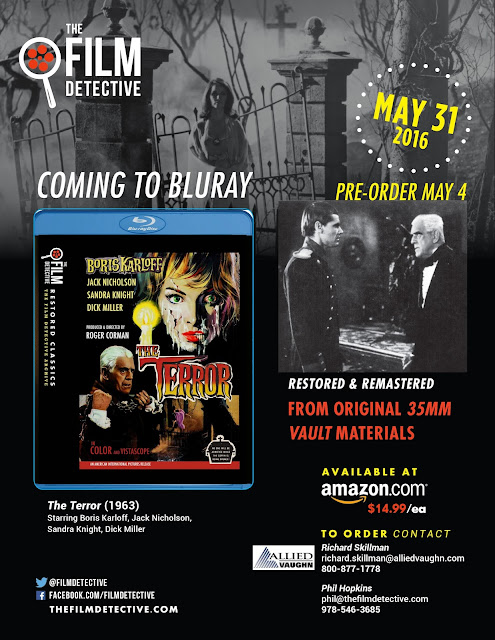 Email ThisBlogThis!Share to TwitterShare to FacebookShare to Pinterest
Labels: DVD and Blu-ray Release Report, The Film Detective Restores Roger Corman's The Terror For Delivery To Fans As A Blu-ray Edition On May 31