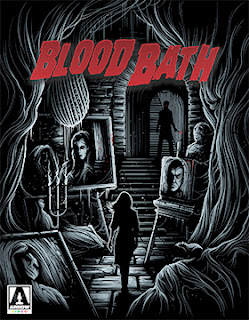 Arrow Video, with domestic sales and distribution support from MVD Entertainment Group, will be releasing all four versions of Blood Bath as a double-disc, limited edition Blu-ray collection on May 31.

History reports that Roger Corman saw an opportunity to get a Cold War espionage thriller about stolen paintings, or forgeries … or some such thing made on the cheap in Yugoslavia in 1963.   He even talks about making the deal in his 1990 book (with Jim Jerome), “How I Made a Hundred Movies in Hollywood and Never Lost a Dime.”

For twenty grand, plus the contribution of two English-speaking actors, William Campbell and Patrick Magee (who had just finished Dementia 13), and one of his protégés (none other than Francis Ford Coppola) on set to supervise the script, he got Rados Novakovic to direct Operation Titian.

It was crap, so he asked Jack Hill to rework it.   Hill went down to Venice (Venice, California that is) with the likes of Corman regular, Jonathan Haze (The Little Shop of Horrors, The Terror, etc.), Sig Haig (Hill’s buddy), Playboy Playmate (June 1962) Marissa Mathes and a few others to shoot additional scenes.   Campbell rejoined the project, but wanted more money.

This resulted in the first cut of the new film, which was titled Blood Bath, however it never saw the light of day.   Time passed and Corman took another whack at it, this time with his production assistant Stephanie Rothman as the writer and director of the project.   History records that he gave her free reign to rework both Novakovic and Hill’s versions of the film anyway she saw fit ... and she did. 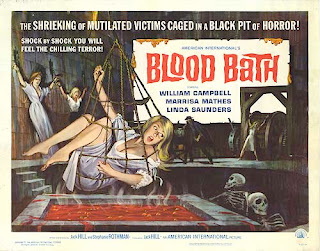 She made it a vampire movie.   So it went from a story about a forged Titian painting, to a story about a painter who kills models and disposes of their bodies, to a story about a deranged painter who actually changes into a vampire.   Campbell was done, no more re-shoots for him, so Rothman’s work-around was to simply get an actor to be a shape-shifter who was heavily cloaked and not recognizable.  The result was Blood Bath and it was double-billed with Queen of Blood and released in March of 1966 (with both Rothman and Hill created as co-directors).

Lastly, the film was re-cut yet again for television syndication and re-titled Track of the Vampire. 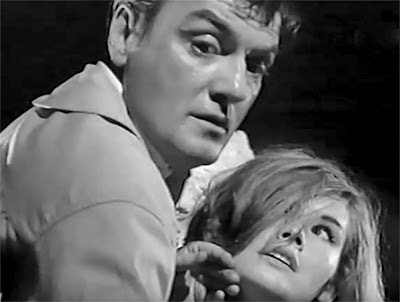 Bonus features include a newly-prepared video session with actor Sig Haig, an archive interview with Jack Hill and a newly prepared featurette titled “The Trouble with Titian Revisited,” which features Video Watchdog’s Tim Lucas updating his definitive 1990 three-part essay on the history of Operation Titian (and all the versions that followed).

Email ThisBlogThis!Share to TwitterShare to FacebookShare to Pinterest
Labels: Arrow Video To Release Four Incarnations Of Blood Bath As A Double-Disc Blu-ray Limited Edition On May 31, DVD and Blu-ray Release Report