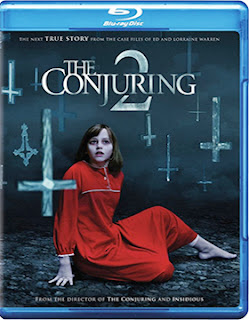 Sure enough, Warner Bros. Home Entertainment “cleared the decks” last week with an Aug. 23 street date for writer/director Shane Black’s The Nice Guys, which will be followed on Aug. 30 by director Thea Sharrock’s Me Before You.

Both had respectable theatrical runs, with The Nice Guys pulling in $36.2 million in ticket sales and Me Before You gathering up $55.7 million at local multiplexes during its June/July theatrical run.

But Warner Bros. has three films in inventory (currently in theatrical release in one form or another) that have exceeded $100 million at the box office and with the focus now on the post-Labor Day to Christmas timeframe, The Nice Guys and Me Before You needed to be “deck-cleared” to make way for those larger theatrical hits.

The first of these is director James Wan’s haunted house thriller, The Conjuring 2, which will be released on Sept. 13 as both DVD and Blu-ray product offerings.

Domestic ticket sales currently total $101.8 million and the ARR for this mid-September street date works out to 95 days.