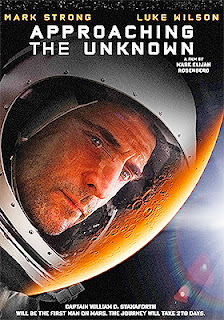 When manned missions to Mars finally take place, potential crew members will likely watch Matt Damon’s Martian as a dramatic and entertaining reminder of what can go wrong once you’ve landed on Mars.   There is another film that will also be on the viewing list as a cautionary reminder as to why it will be unlikely that anyone will be doing this as a one-way solo trip.

This film for the future astronauts to see is writer/director Mark Elijah Rosenberg’s Approaching the Unknown, which will be making its DVD debut on Oct. 11 courtesy of Paramount Home Media.

The ARR for that October release date works out to 130 days — the film had a very limited one-week, 11-screen theatrical break during the first week of June (for critical awareness).

The reason why Approaching the Unknown will be on the viewing list is to show crew members that going it solo is not a particularly good idea.  This we learn from Captain William Stanaforth (Mark Strong — Kingsman: The Secret Service, The Brothers Grimsby, The Imitation Game, etc.), a solo astronaut who is on a one-way mission to Mars. 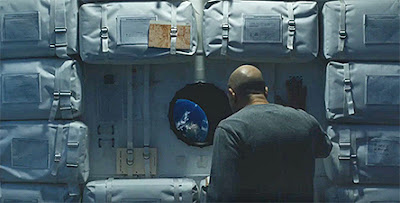 We learn, through a series of flashback sequences, that he has developed a machine that can process soil (even in the desert) and extract both hydrogen and oxygen, which — as your basic understanding of chemistry dictates — are the two key building blocks for water.   Mars, water … mission is a go!

What can possibly go wrong with one astronaut, an experimental life-sustaining machine and a one-way mission to Mars that takes 270 days (nine months) to complete?  Quick, grab a pencil and jot down a dozen things off the top of your head … OK, that’s a lot work, how about six, or even three.   Pick a number.

Things do go wrong and the entire mission is very much in jeopardy.

Or, and this is just supposition, imagine that our astronaut is not really on his way to Mars, but is dying of thirst in the desert.  His experimental gizmo doesn’t work — and he has deliberately puts himself in the position that if his machine doesn’t work he will die, alone, in the desert. 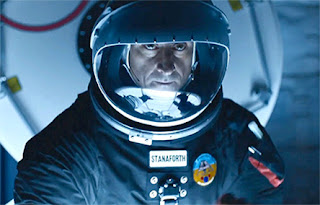 So it is entirely possible that Capt. Stanaforth is hallucinating and the solo mission to Mars is all in his head — the problems he encounters are all related to his failures on Earth.

Rosenberg’s Approaching the Unknown can be viewed on several levels and that is what makes Stanaforth’s descent into madness — alone, with critical things going south on him — all the more compelling.   In any case, going it solo to Mars, even with a cohort (played by Sanaa Lathan) some thirty days behind you on a duplicate trajectory (carrying additional supplies), is not a particularly good idea. 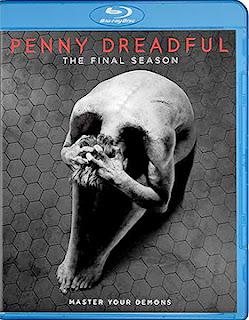 Also added to Paramount’s very busy DVD & Blu-ray release schedule this week are both DVD and Blu-ray editions of Penny Dreadful: The Final Season — both will be three-disc sets featuring all nine episodes from the third season that just wrapped on June 19th.   The street date selected by Paramount Home Media for this Showtime series is October 4.

And from Nickelodeon news comes this week that Oct. 11 will mark the DVD debut of A Very Nick Jr. Christmas.   Over two hours of fun featuring Christmas-themed adventures of Shimmer and Shine, the Paw Patrol, Blaze and the Monster Trucks and more.