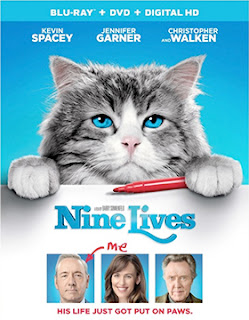 The ARR is a swift-to-retail 88 days and domestic ticket sales for this August theatrical release came in at $18.9 million.

Bonus goodies include a pair of production featurettes — “Letting the Cat Out of the Bag: The Making of Nine Lives” and “Russian for Herding Cats.”