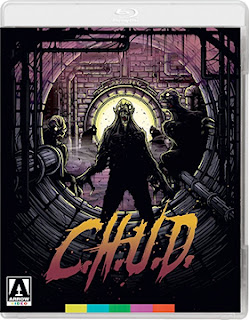 Of course we are talking about Cannibalistic Humanoid Underground Dwellers (sewer-dwelling human mutations — perhaps a forerunner to H.G. Welles’ Morlocks), who have the munchies and anyone — or, for that matter, anything — walking the streets of New York City is now a delectable snack.

Worlds collide as photographer George Cooper (John Heard) and Captain Bosch (Christopher Curry) of the NYPD have both taken an interest in the homeless population and a sudden spat of missing person reports.

Their separate paths of discovery will lead them to a short-cutting government official named Wilson (George Martin), who has found a solution to the problem of not being able to move nuclear waste products through Manhattan … he has taken to storing them in a place in the city’s vast sewer and abandoned subway passages. 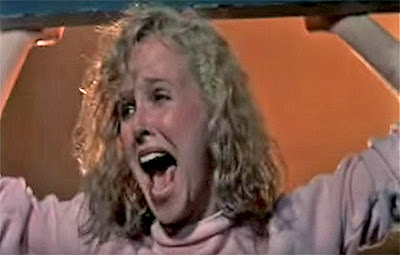 Daniel Stern gets to gnaw the scenery as a preacher who runs a homeless shelter, Kim Greist (Manhunter, Brazil) plays Heard’s wife and if you look quickly you’ll see John Goodman as one of the cops in the diner “invasion.”

Bonus nuggets for C.H.U.D. include commentary from director Douglas Cheek, who is joined by writer Shepard Abbott and actors John Heard, Daniel Stern and Christopher Curry, plus there are newly minted crew video sessions.