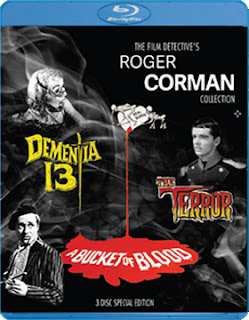 All great things come to those who wait.

The price was right, but some may have said, “I’ll take a pass, I already have this gem on DVD.”

In May of this year The Film Detective once again returned to the market with a Blu-ray restoration of directors’ — yes, plural, directors — Roger Corman, Francis Ford Coppola, Monte Hellman, Jack Hill and Jack Nicholson’s 1963 cult film, The Terror.

Once again there might have been collectors reluctant to replace existing DVD, and perhaps even vintage VHS copies of this early Jack Nicholson treasures — also starring Boris Karloff, Dick Miller (again), Jonathan Haze (Little Shop of Horrors) and Sandra Knight. 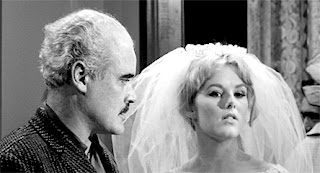 In July it was Dementia 13 getting a Blu-ray restoration.   That’s a trio of Roger Corman produced films that would be, for any film affectionado hard to resist as an upgraded hi-def release.

News arrived this week that on Oct. 4 — about one year after this Corman cycle started — The Film Detective will be offering all three films in the Blu-ray release of the Roger Corman Film Collection.

If you haven’t jumped on this bandwagon as of yet, the time is now.   All three films — The Terror, A Bucket of Blood and Dementia 13 — on Blu-ray for the SRP of $29.98 (and that’s before discounts at retail) ... that’s a savings of fifteen bucks if purchased separately! 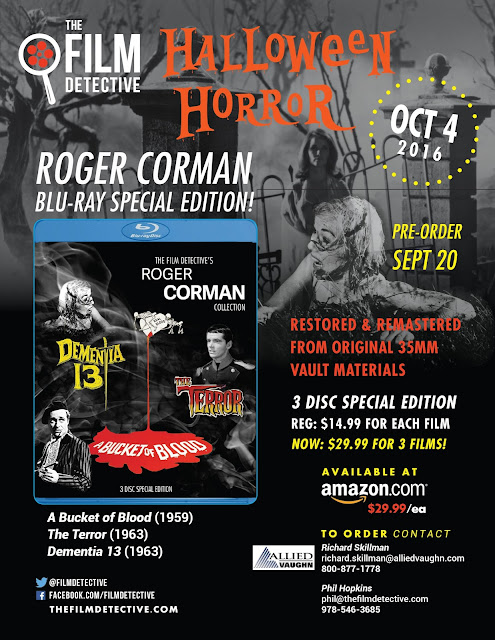