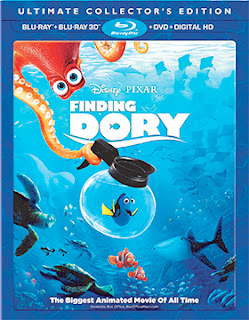 Walt Disney Studios Home Entertainment once again says no to the 4K Ultra HD format for its latest animated smash hit, Finding Dory, from the writing and directing team of Andrew Stanton and Angus MacLane.

Swimming home on Nov. 15 will be two Blu-ray/DVD Combo Pack SKUs (one with and one without a 3D viewing option) and a stand-alone DVD edition.

Although the studio might be format challenged (the only “Hollywood” studio not embracing the 4K Ultra HD format), they did get the date right for maximum sales of this animated monster.   Some of Disney’s competitors (no names, please) have been rushing their summer theatrical hits to market and not, perhaps, strategically placing some these films closer to the Thanksgiving/Christmas timeframe.

Of note, with Disney going first in picking Nov. 15 as the street date for this three-SKU array of home entertainment selections, Universal Pictures Home Entertainment now has the luxury of working around this date for its equally well-positioned collectible, The Secret Life of Pets.

With Universal’s Bad Moms dropping on Nov. 1 (announced a week ago), the studio can now place the directing team of Yarrow Cheney and Chris Renaud’s animated adventures of Max and Duke, the stars of The Secret Life of Pets, either one week before (Nov. 8) or one week after (Nov. 22) Disney’s Finding Dory … it will certainly be on retailer’s shelves before Black Friday.

Perhaps the bigger question for Walt Disney Studios Home Entertainment is what do they do with their two weaker summer entries that remain in inventory — the remake of Pete’s Dragon and Steven Spielberg’s The BFG?

The 151 days from Finding Dory’s theatrical debut to its availability in the home entertainment market place reflects careful planning to maximize sales. 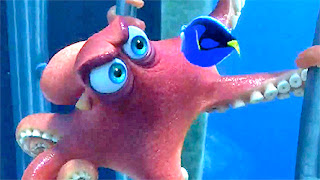