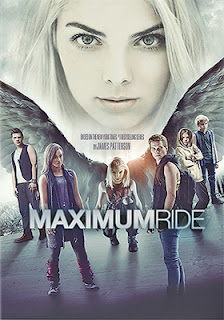 Paramount Home Media was busy this past week with an array of new December product announcements, so let’s get right to it!

Dec. 6 sees the DVD rollout of director Jay Martin’s film adaptation of the James Patterson’s critically-praised sci-fi novel, “The Angel Experiment” — which was retitled for film release as Maximum Ride (after Max, the lead character, played by Allie Marie Evans … in her film debut).

A secret lab has developed a half-dozen “hatchlings” that are 98 percent human fused with two percent avian DNA.   On the surface that seems pretty silly, except you can’t get through a 24-hour news cycle these days without hearing about this DNA experiment or that DNA experiment, including the world’s first three-human baby.   So what starts off as a flight of sci-fi fancy, will someday, for better or worse, likely be the new normal.   So, Maximum Ride is not all that farfetched after all! 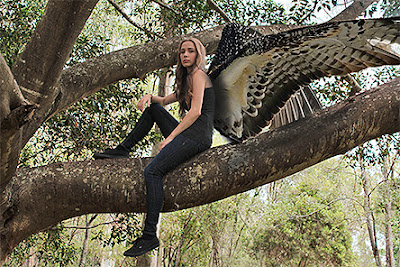 Max is the leader of these experimental humans hybrids, who have escaped from their captivity as teenagers and are now living in a remote forest … their special gift, the ability to sprout wings and fly, is kept a secret from the outside world.   That is, until, another group of genetic hybrids, called the “Erasers,” are dispatched to bring Max and her group back to The Institute.

They succeed in capturing Angel (Lyliana Wray), the youngest member of the group, and literally use her as bait to lure the rest to their doom! 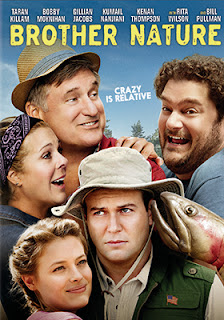 Roger (Taran Killiam) is an overly PC politician on the rise (with some big plans to run for Congress) who just happens to be in love.   Her name is Gwen (played by Community’s Gillian Jacobs) and she wants him to take just a little bit of time off and get to know her family.   “Of course, dear!”   Famous last words!

There’s her mom, Cathy (played by Rita Wilson) and her dad, Jerry (Bill Pullman) and her sister, Margie (Sarah Burns) … and then there’s her “lovable” brother, Todd (Bobby Moynihan).   Todd is strange.   Todd has little quirks, well no, make that BIG quirks; insane quirks.
So when Todd takes a shine to his sister’s future husband and wants to be his new best friend, it is suddenly hell on earth for poor Roger!   Everyday he spends with Gwen and her family is a new, potentially fatal, adventure (and that’s putting it mildly)!

Also getting a Dec. 13 release date from Paramount this week — and in keeping with the month’s long 50th Anniversary celebration of all-things Star Trek — is the Blu-ray collection titled Star Trek - The Original Series: The Roddenberry Vault.   This three-disc collection features a dozen episodes from the original Kirk/Spock series that showcase previously unseen “vault” materials.

These episodes are: “The Corbomite Maneuver,” “Arena,” “Space Seed,” “This Side of Paradise,” “Metamorphosis,” “Operation: Annihilate!,” “The Devil in the Dark,” “The City on the Edge of Forever,” “Return to Tomorrow,” “Who Mourns for Adonais?,” “Mirror, Mirror” and “The Trouble With Tribbles.” 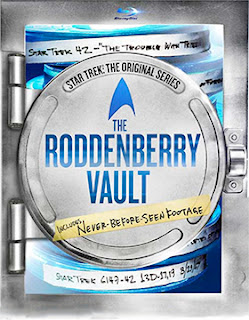 Making its DVD debut on Dec. 13 is the 13-part whodunit, American Gothic: Season One.    This four-disc collection focuses on the Hawthorne family, who must unravel the mystery of the possibility of having a serial killer as one of their family members.

What’s cool about the series is that the cast members were not given the possible identity of the killer as part of the story arch — instead, they were given one episode script at a time and had to play accordingly (each could be the real culprit) … so without “tells,” it is anyone’s guess as to who the “Silver Bells Killer” might be.

Last, but not least, Dec. 13 will see the release of both DVD and Blu-ray collections of the Nickelodeon-produced animation program, The Legend of Korra: The Complete Series — all 52 episodes!

Email ThisBlogThis!Share to TwitterShare to FacebookShare to Pinterest
Labels: DVD and Blu-ray Release Report, Paramount Home Media To Release DVD Editions Of Maximum Ride And Brother Nature (And Much More) In December