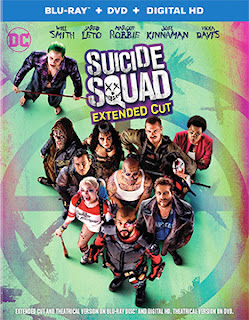 You have to lock the doors and keep employees, talent, producers and other creative people from talking if you want to keep important information relating to release dates secret — especially those destined for release during the prime Christmas-selling season.

With the prime real estate being gobbled up in the Thanksgiving to Christmas period by studios with their summer blockbusters, keeping secrets can be difficult.   It can get messy as the cat escapes the bag and everyone with a stake in the game wants to know if the information is reliable.

Here’s how the latest “jump-the-gun” adventure appears to have played out.  Universal Pictures Home Entertainment made back-to-back announcements revealing a Dec. 6 release window for both The Secret of Life of Pets (first thing on Tuesday morning, Oct. 4) and Jason Bourne (mid-morning on Wednesday, Oct. 5).

Within an hour of the Jason Bourne announcement, news leaked that Warner Bros. Home Entertainment would be putting out an unrated presentation (an additional 13 minutes worth of footage) of writer/director David Ayer’s Suicide Squad on Dec. 13.

The details were lacking, but the final artwork was revealed, as were the details relating to the SKU configuration.   There will be a stand-alone DVD edition, two Blu-ray/DVD Combo Pack presentations (one with a 3D viewing option … the premium will be nine dollars) and a 4K Ultra HD/Blu-ray Combo Pack. 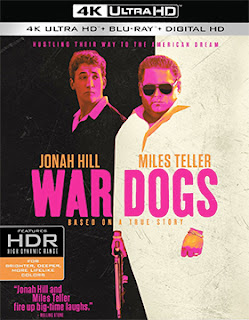 The leaks did not stop with Suicide Squad, as within hours of its Dec. 13 “announcement” several major retailers — Walmart and amazon.com among them — began taking orders for a three-SKU helping of director Todd Phillips’ War Dogs, the true-life film adaptation of Guy Lawson’s follow-up book, “Arms and the Dudes,” to his original Rolling Stones feature piece about fly-by-night arms dealers Efraim Diveroli (played by Johan Hill) and David Packouz (Miles Teller).

The street date is Nov. 22 and the SKU configuration includes a DVD edition, a Blu-ray/DVD Combo Pack and a 4K Ultra HD/Blu-ray Combo Pack.   The ARR for the Nov. 22 release date works out to 95 days and domestic theatrical receipts came in at $42.8 million.

Bonus features are a trio of featurettes — “General Phillips: Boots on the Ground,” “Access Granted” and “Pentagon Pie.”