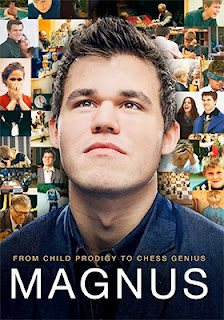 FilmRise, with sales and distribution expertise provided by MVD Entertainment Group, has tabbed Feb. 28 as the street date for both DVD and Blu-ray editions of documentary filmmaker Benjamin Ree’s award-winning Magnus, a look at the life of child chess prodigy Magnus Carlsen, who is the current World Chess Champion at the age of 26 (three-times running).

The film played the international film festival circuit (in competition) and had a brief Oscar-qualifying theatrical run at Thanksgiving … the ARR is 102 days and ticket sales were $8,944.