Icarus Films Teams With Distrib Films On Mar. 28 For The Domestic DVD Launch Of Director Jérôme Bonnell’s Just A Sigh 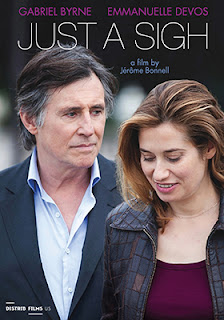 Icarus Films announced this past week that the Distrib Films production of French filmmaker Jérôme Bonnell’s Just a Sigh will be arriving on DVD in the domestic market place this coming Mar. 28.

It was a long and winding road, but at last — thanks to Icarus Films newly announced distribution deal with Distrib Films — this romantic drama will finally be available on DVD.

It has been a four-year long journey since the film opened theatrically in France, jumped across the pond to a domestic festival debut at the Tribeca International Film Festival in April of 2013 — worked the international film festival circuit for a full year — and then had an arthouse theatrical release in March of 2014 … and then gone.

The film piled up awards — Best Picture, Best Director and Best Actress, etc. — and garnered strong critical buzz, but no home entertainment availability.   That comes to an end on Mar. 28!

For the record, the ARR works out to 1,103 days and the arthouse theatrical run generated report box office receipts of $75,531.

The story is a seductive one.   A beautiful actress named Alix (Emmanuelle Devos — Coco Before Chanel, Read My Lips, Kings and Queens, etc.) hops a train from Calais to Paris — a quick day trip — to take advantage of last minute audition opportunity.   The trip, as we shall discover, was not well planned out. 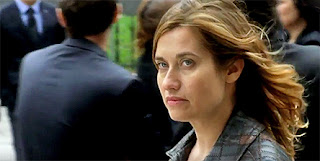 During the train ride her attention is drawn to a handsome stranger, who we shall discover is named Doug (played by Gabriel Byrne).   She is fascinated by him — “eye candy,” if you will — but their train arrives in Paris and they go their separate ways.   It was a random moment, a flirtation that went nowhere.

Alix does her thing, tries to hook up with her boyfriend, has trouble with her debit card, frets about being short of cash and in her day trip around Paris she happens upon the stranger from the train once again.   It seems that Doug has journeyed to the city to attend a funeral. 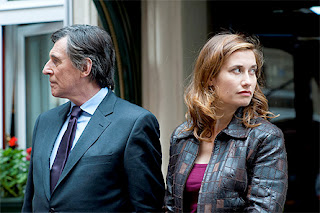 It is at this moment that you realize that the seemingly random events of Alix’s day in Paris have actually been a well-crafted set-up by filmmaker Jérôme Bonnell (All About Them, The Queen of Clubs, Les Yeux Clairs, etc.) to establish her character as impulsive; spontaneous.   It, therefore, makes perfect sense that she would approach him and get right to the heart — think: “any plans for the rest of the day?”  “Une histoire d'amour décontracté?” (translation: “a casual romance?”).

Just a Sigh is an interesting moment caught in time; a day in Paris like none other.   We have beautiful strangers, new friends, shared secrets and intimacy between them all played out between the arrival and departure of trains.

Just a Sigh is presented in French with English and English subtitles. 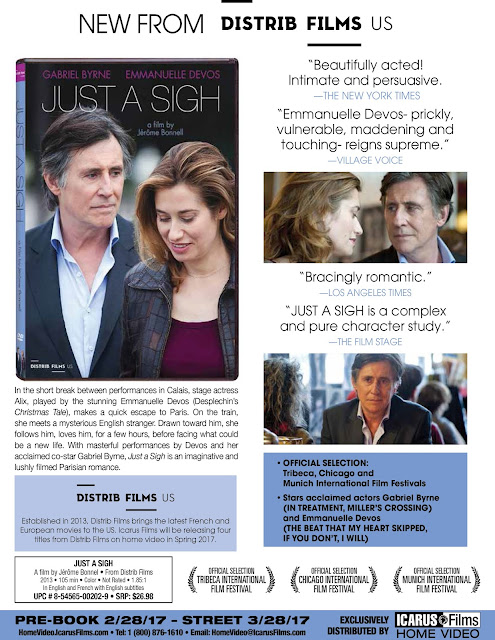