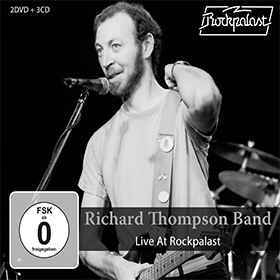 MIG Music, with domestic sales and distribution guidance provided by MVD Entertainment Group, has a DVD/CD collectible set ready for fans of English songwriter, singer and legendary guitarist, Richard Thompson, which will be at retail on Friday, Nov. 3.

Titled Richard Thompson: Live at Rockpalast, it features a double-disc DVD presentation of his December of 1983 concert at the Hamburg Markthalle and his January of 1984 concert at Cannes — on tour promoting his “Hand of Kindness” album.  Plus there are three companion CDs — two showcasing the December set and the third featuring the Cannes concert.

The first event concert featured a 20-song set, running nearly two hours, while the Cannes session was cut to just 14 songs (clocking in at roughly 75 minutes). 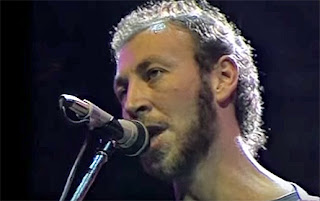 The sets were identical for the first 14 numbers and included “The Wrong Heartbeat,” “A Poisoned Heart and a Twisted Memory,” “Tear-Stained Letter” and “Hand of Kindness,” which were all from the new album, plus earlier hits such as “Night Comes In” (from the 1975 “Pour Down Like Silver” album) and “Shoot Out The Lights,” “Wall of Death” and “Don't Renege on Our Love” (cuts from the 1982 album, “Shoot Out the Lights”).

Exclusive to the Hamburg Markhalle concert are such selections as “Both Sides Burning,” “Danny Boy,” “Great Balls of Fire” and “High School Hop.” 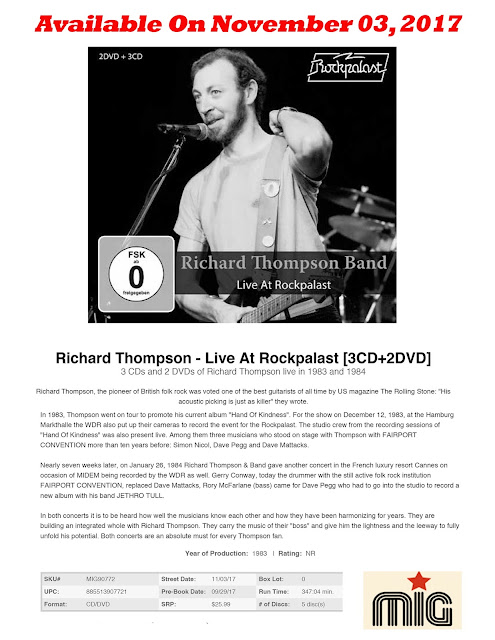