Morrissey Biopic England Is Mine On DVD And Blu-ray From Cleopatra Music And Films On Dec. 12 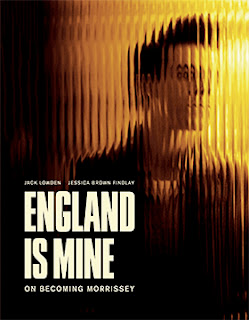 “I am human and I need to be loved …”   Fans of Morrissey and The Smiths will immediately recognize the line as being from the song “How Soon is Now?”

Although a “b-side” recording, that single line seems to sum-up Morrissey’s early days in director Mark Gill’s England is Mind, a biopic about the singer, songwriter and former front man for The Smiths, which will be heading to the home entertainment marketplace on Dec. 12 courtesy of Cleopatra Music & Films — MVD Entertainment Group will be providing sales and distribution support.

Both DVD and Blu-ray edition will be available on that date … the timing seems spot-on as Warner Bros. will likely be serving up Dunkirk during this same December timeframe (either the 5th 12th or 19th).   Jack Lowden, who played Collins in Dunkirk, the Royal Air Force Spitfire pilot who ditches and is rescued by Dawson, stars as the young Morrissey during his formative years before The Smiths.

Gill’s film revolves around the pivotal hook-up with fellow future-Smith, Johnny Marr (played by Laurie Kynaston), which plays out like a classic British “Kitchen Sink” drama (think: Tony Richardson’s The Loneliness of the Long Distance Runner or John Schlesinger’s A Kind of Loving).

Morrissey has an incredible talent (and awareness of the music scene) covered up by shyness — his friend, Linder Sterling (Jessica Brown Findlay — Victor Frankenstein, Albatross), recognizes this and does her best to break him out of his own private cage.   It doesn’t always go as planned, but she sticks with it (they would become life long friends.

And then there is the nightmare of forever being stuck in the endless cycle of the British working class experience (his songs would come to reflect that pain).   The home life sequences give you a sense of just how important it was for Morrissey to make something for himself … it was a lot to overcome.

England is Mind is a solid, well-produced biopic about the early, formative years of Morrissey … it is not, and this should be noted, a film about his years with The Smiths (that would be a sequel). 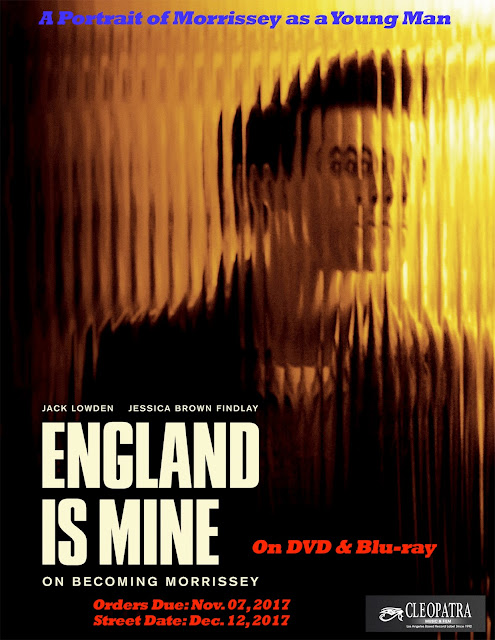 Email ThisBlogThis!Share to TwitterShare to FacebookShare to Pinterest
Labels: DVD and Blu-ray Release Report, Morrissey Biopic England Is Mine On DVD And Blu-ray From Cleopatra Music And Films On Dec. 12