Arrow Video Restores The Witches For DVD And Blu-ray Delivery On Jan. 9 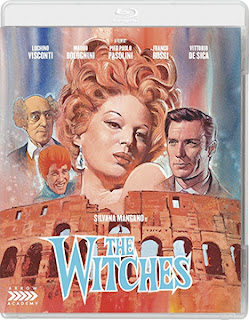 Arrow Video, with domestic sales and distribution expertise provided by MVD Entertainment Group, will be delivering a new 2K restoration of the Dino De Laurentiis-produced anthology, The Witches, to market on Jan. 9 as both DVD and Blu-ray selections.

Arrow will be delivering the original Italian-language version, which was released in Europe in 1967 and eventually made its way to these shores in 1969 as an English-dubbed theatrical release.

The film is of interest on several levels, the first of which is the choice made by De Laurentiis to have five different Italian filmmakers direct a chapter — a short story, if you will — of the film.   Each of these segments feature Silvana Mangano (Bitter Rice, Five Branded Women, Barabbas, Dune, etc.), who was married to De Laurentiis at the time, and although the film is titled The Witches, the subject of the piece (and its segments) is about social commentary and satire. 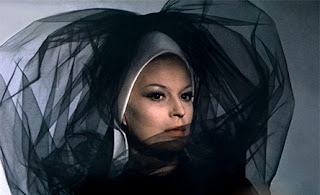 The choice in directors is also noteworthy in that it reads like a who’s who of the period … Luchino Visconti (Death in Venice, The Damed, Ludwig), Vittorio De Sica (Oscar-winner for The Garden of the Finzi-Continis and Yesterday, Today and Tomorrow, plus such films as Woman Times Seven, A Brief Vacation, Umberto D.) Pier Paolo Pasolini (Salo, The Decameron, The Canterbury Tales), Franco Rossi (The Seducer, The Woman in the Painting, Three Nights of Love) and Mauro Bolognini (Wild Love, The Lovemakers, Young Husbands, etc.).

And lastly, The Witches features a segment with none other than Clint Eastwood, who had finished For a Few Dollars More and was about to begin production on The Good, the Bad and the Ugly — before departing Europe after his Spaghetti Western successes — had time for a small role in this De Laurentiis production. 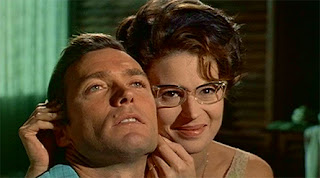 As to bonus goodies, film critic and author Tim Lucas (“Mario Bava: All the Colors of the Dark”) provides commentary, plus there is a newly-minted video session with Ninetto Davoli (featured in the Pasolini segment and an actor in a number of Pasolini’s films, including The Hawks and the Sparrows, The Decameron and Arabian Nights) and the segment featuring Clint Eastwood, “An Evening Like the Others” by Vittorio De Sica is presented here in English. 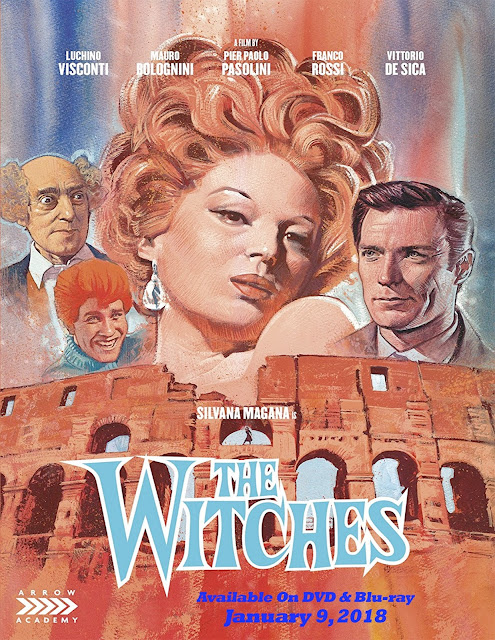 Email ThisBlogThis!Share to TwitterShare to FacebookShare to Pinterest
Labels: Arrow Video Restores The Witches For DVD And Blu-ray Delivery On Jan. 9, DVD and Blu-ray Release Report