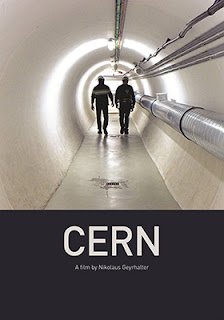 Icarus Films will be teaming with The KimStim Collection on Jan. 16 for the DVD debut of documentary filmmaker Nikolaus Geyrhalter’s CERN, a behind-the-scenes look at the Large Hadron Collider on the outskirts of Geneva, Switzerland.

It is difficult to imagine a machine, a “particle collider” composed of superconducting magnets, which operates at 520.3 degrees (Fahrenheit) below zero, and is 16.78 miles in circumference.

It took ten years to build (after 14 years of planning), the involvement of over 100 countries and a team of scientists and engineers that totaled over 10,000 to complete the project … and it still wasn’t done.   They shut it down for two years and upgraded it, finishing the work in 2015.

Nikolaus Geyrhalter (Our Daily Bread, Homo Sapiens, etc.) gives us insight into the workings of the massive structure through interviews with a number of the the researchers/ physicists and a tour of the facility.   The purpose of the Large Hadron Collider (simply “CERN,” hence the title of the documentary) is to take two “high-energy particle beams” and fire them at each other, using an array of massive “dipole” and “quadrupole” magnets to focus the beams, which slam into each other in a recreation of the “Big Bang.” 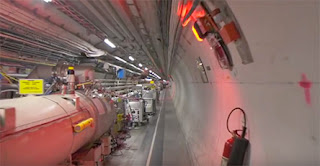 Of note, the arrival of Geyrhalter’s CERN on DVD occurs just three months after the facility fired Xenon atoms for the first time (Xenon is a “noble gas,” which according to researchers at CERN closely replicates heavy-ion collisions) … normally they fire lead atoms at each other, so this event (Oct. 16) was considered a major milestone in the history of the facility.

CERN is a fascinating look at the world of theoretical science — even for the uninitiated into such things — and sheer size and scope of the project. 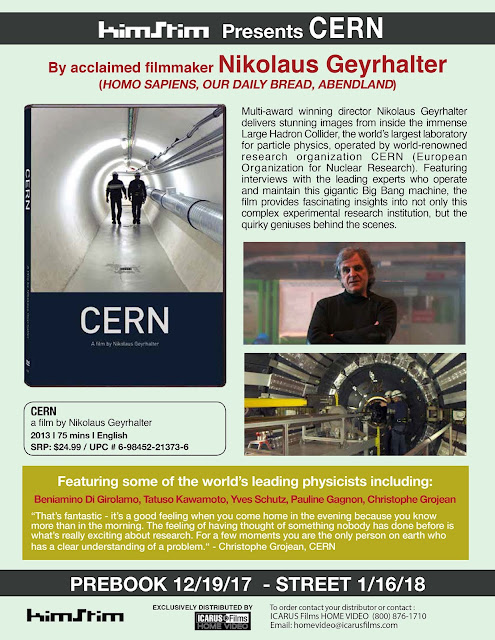