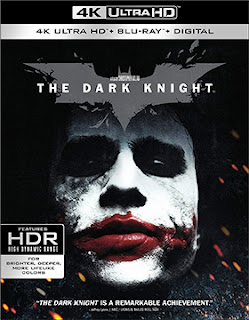 Warner Bros. Home Entertainment has added some last minute additions to its Christmas-season release calendar that should generate some interest at retail, especially among those looking to add to their 4K Ultra HD libraries.

So let’s get to it!    Director Christopher Nolan’s Batman trilogy of films is at the forefront with all three in the series — Batman Begins, The Dark Knight and The Dark Knight Rises — getting 4K Ultra HD/Blu-ray Combo Pack editions on Dec. 19.  All of the bonus nuggets associated with the original Blu-ray presentations are included with these Combo Pack SKUs. 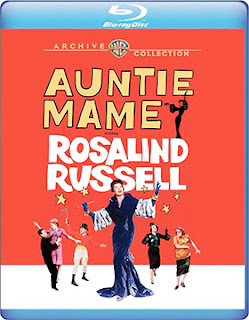 The Dark Knight (2008) includes the multi-part “Focus Points” presentation titled “Gotham Uncovered: Creation of a Scene,” plus six episodes of Gotham news broadcast titled “Gotham Tonight,” a collection of “Joker Cards,” concept art and other graphic materials in “The Galleries” and a pair of featurettes — “Batman Tech” and “Batman Unmasked: The Psychology of The Dark Knight.”

And The Dark Knight Rises (2012) comes packed with bonus goodies — over “Three Hours” — that include director Roko Belic’s 2012 feature-length documentary, The Batmobile, and the three-part presentation of “Ending the Dark Knight,” which runs nearly two hours in length and is divided into “Production,” “Characters” and “Reflections” segments.